Rental Car Rankweil
RentaCarBestPrice.com compare prices from a number of car rental companies and find the best price on car rental. All prices on car hire in Rankweil include necessary insurance and unlimited mileage. 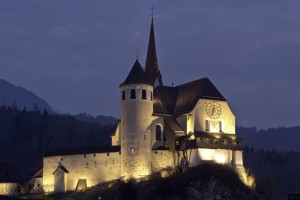 Rankweil is a pretty little town located far west of Austria’s protruding arm. It is only 20 km to the city of Dornbirn and it’s proximity to both the Swiss and German borders. Rankweil belongs to the state of Vorarlberg, and in 2006 the population measured at just over 11,000.

The area where Austria is today was important for the Romans during the Roman era, which also Rankweil was. Rankweil bar then the name Vinomna and was an important crossroads. After excavations in the area have been found remains of a Roman villa. Another memory of the past is the town’s most famous landmark Unserer Lieben Frauen Mariä Heimsuchung, or Basilica of Our Dear Lady as it is called in English. The beautiful building sits on a crag, and construction began around the year 800.

Rankweil has no its own airport, but if you want to arrive at the city by plane, you can go to the airport in Dornbirn. Hohenems-Dornbirn Airport is located only 12 km outside Rankweil.