Rental Car Pakistan
RentaCarBestPrice.com compare prices from a number of car rental companies and find the best price on car hire. Book with us and get necessary insurance and unlimited mileage included in the price. 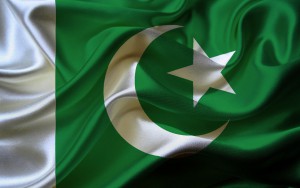 Pakistan is a populous country (176.2 million. Pop. 2009) in South Asia. It has a 1046 km long coastline facing the Arabian Sea, and otherwise have a common border with India, China, Afghanistan and Iran.

The river Indus, which flows through most of Pakistan’s provinces, the country’s “main artery” – and makes much of the country very fruitful. Otherwise, the nature sometimes dramatic variations – with extremes Himalayas (the world’s highest mountain range) with permanent snow in the northwest, and very dry desert areas in the southeast (Cholisthan / Tar) and west (Baluchistan). Two of the world’s highest mountain peaks are in Pakistan: Mt. K2 (8611 meters above sea level) and Nanga Parbat (8,125 meters above sea level).

The climate in Pakistan is subtropical continental, with relatively large temperature differences. The highest temperature ever measured in Asia (+52 degrees C) was some years ago measured in the city of Jacobabad. Otherwise, the seasonally variable monsoon strong impact on both temperature and precipitation conditions.

To drive in Pakistan, foreign visitors must have valid driver licenses issued by countries of their residence, International driving permit, and third party insurance.

Driving under influence of drugs or alcohol is forbidden.

Driving is on the left side of the road.
The minimum driving age for any motor vehicle is 18 years.
Third party insurance is required.
Changing lane or turning without giving proper signal is prohibited.
It is not permitted to stop on zebra crossing.
Drivers must yield the right-of-way to pedestrians.
All vehicles and vehicle drawing a trailer must use extreme left lane unless they are overtaking vehicles moving below the minimum posted speed limits or unavoidable in the interest of safety.
Any loads carried or towed must be marked the ends with red flags by day and red lights by nights.
The rider and passenger on a motorcycle, scooter, and moped must wear an approved safety helmet. It is advisable to wear eye protectors.
Drivers are not permitted to drive under the influence of drugs or medicines.
All vehicles under the control of learner must display L-plates.
Driver and all passengers from the front and rear seats must wear seat belts if the latter are available.
Children under 1.5 meters (about 5 feet) and from 3 to 11 years of age must be transported with using an appropriate special child restraint.
It is illegal to use of a hand-held telephone or microphone while driving.
It is prohibited to throw lighted cigarettes or refuse on the road.

It is not permitted to cross double unbroken white lines.
If double white lines are on the road and the line nearest to a vehicle is broken, a driver may cross the lines to overtake if it is safe. He can do so before reaching an unbroken white line on his side.
If the marked area on the road is bordered by an unbroken white line, drivers must not enter it except in an emergency.
It is not permitted to drive in a cycle lane.
Slow moving vehicles must keep to the left of the road.
Overtaking is not permitted at a corner or bend, a hump bridge, the brow of a hill.
On narrow hilly roads, vehicles which are going downhill, must stop and give way to vehicles proceeding uphill.
It is not permitted to turn left from the right lane and right from the left lane.
Drivers must not turn right on the red light under any circumstances.
At a controlled intersection, it is prohibited to turn left on red, except places specifically permitted by a sign.
When reaching the roundabout, drivers must give way to traffic on their right unless road markings indicate otherwise.
Drivers may use fog lights when they cannot see for more than 100 meters (328 ft) and must not use in other times.
Drivers must not use their horns in built up areas from 23:30 (11.30 p.m.) to 7:00 (7.00 a.m.) in a built up area.
Using radio, tape-recorder, phonogram, etc. is prohibited in public transports and goods vehicles.

It is forbidden to stop and park on:

Parking also is not permitted:

– by yellow lines along the edge of the carriageway
– on a footpath, pavement or cycle track
– at or near a bus stop or taxi rank
– at level crossing
– near a school entrance
– within 10 metres (32 ft) of a intersection (except in an authorised parking space)
– near the brow of a hill or hump bridge
– on the slip-road and the hard shoulder
– in front of the entrance to a property

It is not permitted to park at night facing against the direction of the traffic flow.

Drivers should never reverse from a side-road into a main road.
Flashing headlights lets another road user know the vehicle is there.

Tires of cars, light vans and light trailers must have a continuous tread depth of at least 1.6 mm.
By law, it is the driver’s responsibility to ensure that children under 14 years were transported with the law.

The police phone number is 15.

Pakistan’s largest airport is Jinn International Airport in Karachi. Other major international airports are in Lahore, Islamabad and Peshawar.

RentaCarBestPrice.com offers car rentals in the cities of Karachi and Lahore. Search rental cars in search engine and be surprised by the low prices!