Rental Car Norway
RentaCarBestPrice.com compare prices from a number of car rental companies and find the best price on car hire. Book with us and get necessary insurance and unlimited mileage included in the price. 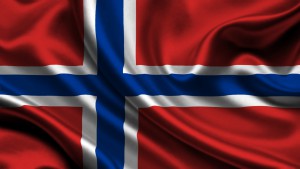 Norway is far north of Europe, is the westernmost country on the Scandinavian Peninsula. The country has a very long coastline – the Barents Sea in the north / northeast, Norwegian Sea in the north and west, the North Sea in the southwest – as well as the Skagerrak and Kattegat in the south. Otherwise, the country has common border with Russia, Finland and Sweden. Also, some overseas areas are part of the Kingdom of Norway. It applies to Bear Island and the archipelago of Svalbard (Spitsbergen) in the Barents Sea, Jan Mayen (Norway and Greenland) and a few smaller islands near Antarctica (Bouvet Island and Peter 1.s island).

Norway – which is largely a mountainous country – has approx 6 million inhabitants. The highest point is Galdhøpiggen (2,469 meters above sea level). Along the coast, particularly in the west, there are several deep fjords – while the best agricultural areas located in the eastern part of the country.

Even though Norway is located far to the north, does the Gulf Stream warming, so the climate is mostly temperate. Far north, however subarctic climate – and in the portion of land located north of the Arctic Circle, it is also a period with midnight sun in summer and winter dark.

The capital Oslo, which sits on the Oslo fjord southeast of the country, has about 580,000 inhabitants (2009). Other major cities are Bergen, Trondheim, Stavanger, Kristiansand and Tromsø. The official language in the country is Norwegian, while the Sami people – who have their core areas north of the country – have Sami as their native language (although speak Norwegian).

Norway has about 70 years experience in using toll roads as a financial instrument for building roads and bridges. In general, traffic is calm and most drivers are disciplined. Traffic in Norway is one of the safest in the world.

Alcohol can have a serious affect on your driving ability. The maximum permissible level is 20 milligrams of alcohol per 100 milliliters of blood. You have to avoid some medications if you are going to drive; they are marked with a red triangle.

Norwegians drive on the right side.
The minimum age for driving in this country is 17 years. The minimum age for rent a vehicles is 19 years, but rental car companies may have their own limits up to 25 years, depending of the car category which is wanted to be hire. As a rule, rental car companies require from customers younger than 25 years to pay a young driver fee.

Children under 4 years of age must be transported in a special restraint system.
Drivers and passengers must always fasten seatbelts.
Children under 135 centimeters must be seated in special children seats for safety.

The dipped headlights must be turned on all the time, even on the bright summer day.
Drivers must never go on red light even though a road is clear.
Vehicles must not turn on red even if there are not pedestrians in the street.

There are many cameras on the roads and radars. The most police cars did not have a specific colouring. At first, they pursue a car and record its over-speed on video, after that they stop and fine a driver.

Drivers must not use a handheld phone while driving.
A first-aid kit, fire extinguisher, and warning triangle are recommended to have in a car. But it is obligatory to have at least one visibility vest and headlamp converters.

The police phone number is 112.

The International Driving license and foreign licenses are accepted in Norway. They are valid for one year, after that a foreign visitor has to obtain a Norway driver license.

Cars must be rented in Norway. For rent a vehicle, each foreign driver needs to have his/her National driving license and International Driving Permit (if domestic driving permit is not issued by county which is a member of the European Union). Foreign drivers can drive in Norway with their International driver permits for a year; after that term, they must obtain the Norwegian driver license.

RentaCarBestPrice.com has a wide range of hire cars at all major airports and cities in Norway. Try the search engine above and book a rental car in 3 easy steps. All car hire rates include necessary insurance and unlimited mileage.