Rental Car Nantes
RentaCarBestPrice.com compare prices from a number of car rental companies and find the best price on car hire. Book with us and get necessary insurance and unlimited mileage included in the price. 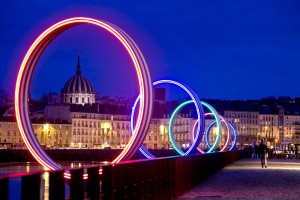 Nantes is a city of France, capital of the department of Loire-Atlantique and the Pays de la Loire region.

Nantes is France’s 6th largest city, located in the western part of the country – on the river Loire, just south of Brittany. The city is the administrative center both in the Loire-Atlantique and the region Pays de la Loire.

Historically, the city of Nantes was within that part of Britain where once a Romance language spoken in the territory The Gaul spoke.

Situated on the Loire, Nantes is the center of a conurbation of 800,000 inhabitants. It is considered, along with that of Saint-Nazaire, and the largest metropolitan area in western France. Through the area of the Loire Nantes, Erdre, Sevre Nantaise, Cens Chézine and rivers.

Mayor since 1989, the Socialist Jean-Marc Ayrault, was re-elected in the first round (55.71% of the vote) on 9 March 2008, however, when he was appointed Prime Minister on 15 May 2012, after the victory of François Hollande, Ayrault was succeeded in office by Patrick Rimbert, who was already part of the government team.

Nantes was regarded as one of France’s most prosperous cities, and it is a status that characterizes the city even today. It is famous for its many luxury restaurants, its vibrant nightlife – and for its commitment to art and culture.

Among the many attractions we find the impressive Cathedral Saint-Pierre-Paul. It was begun in 1434 and expanded several times over the next 400 years. Otherwise, the Château des Ducs de Bretagne, where the oldest parts are from the 1200s, a popular destination. Mention must also be the quaint cobblestone streets and half-timbered houses (the oldest is from the 1500s) in Bouffay quarter. One attraction of recent date is the lookout tower Tour Lu, which is adjacent to a cake factory.

The nearest airport is Aéroport Nantes Atlantique, which is 8 km south of the city.