Rental Car Manchester Airport
RentaCarBestPrice.com compare prices from a number of car rental companies and find the best price on car hire. Book with us and get necessary insurance and unlimited mileage included in the price. 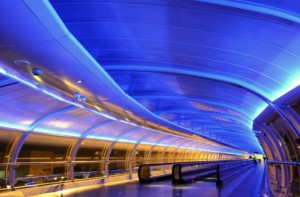 In 2008, Manchester Airport welcomed 21,219,195 passengers. It is the busiest airport in England if we disregard those in London, and in 2007 it was the 22 busiest in the world. It has three connecting terminals. From Manchester there are direct flights to several international destinations also outside Europe, especially to the United States. The most popular routes are Palma de Mallorca, Dublin, Alicante, Malaga and Dubai.

Eating and shopping opportunities at Manchester Airport are very good. Among other amenities are banking, health facilities and a playground for children which is open 24 hours a day. Radisson SAS Hotel is directly connected to the airport. There are several other hotels at the airport such as the Hilton Manchester Airport Hotel.