Rental Car Machala
RentaCarBestPrice.com compare prices from a number of car rental companies and find the best price on car rental. Book with us and get necessary insurance and unlimited mileage included in the price. 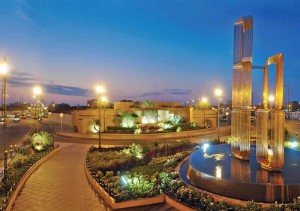 Machala is a city that belongs to the province El Oro, west of Ecuador. Machala is located almost entirely in the south on the west coast where the land bordering the Pacific Ocean and the resort outport located in Puerto Bolívar located approx 7 km south of Machala. These towns leading into the Golfo de Guayaquil, and it is about 140 km to the country’s largest city Guayaquil which is the innermost part of the bay. Machala is called “the world’s banana capital” because of its important role as a banana exporter. In 2007, the population of nearly 200,000.

Nicknamed “the world’s banana capital” is supported by a statue of a man with a banana cluster that is on the main road just outside the city center. Isla del Amor, which means love island, is a famous attraction in the area with an impressive bird life. Interested parties can rent a canoe and visit the island for the tour’s sake or to study birds. In September the world-renowned beauty contest and festival Reina Mundial del Banano held.

There is a small airport in Machala named Machala.