Rental Car Luxembourg
RentaCarBestPrice.com compare prices from a number of car rental companies and find the best price on car hire. Book with us and get necessary insurance and unlimited mileage included in the price. 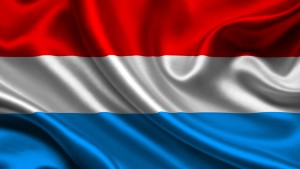 Luxembourg, northwest Europe, bordering Belgium to the west, France to the south and Germany to the east. The country – which is one of the smallest in Europe – has 491,800 inhabitants (2009). Luxembourg has three official languages: Luxembourgish, French and German.

The landscape is characterized by wooded hills and hills, rivers and plains. The highest point is Kneiff – located 560 m The country’s largest river is the Moselle – with tributaries Sûre and Our. Along the banks of these rivers, many of the country’s medieval castles.

Luxembourg has a temperate Central European climate, with mild temperatures and moderate rainfall. Winters are often cold and snowy, while summers are humid and mild.

The nation’s capital is called simply Luxembourg City, and it is often called just “Staad” (the city). Luxembourg City is located south of the country by the rivers Alzette and Pétrusse. The capital has 84,000 inhabitants (2009), and is the seat of several EU institutions – including the European Court and the European Parliament. The city was European Capital of Culture in 2007.

Other important cities in Luxembourg Esch-sur-Alzette, Echternach, Dudelange and Differdange.

Luxembourg has good transport links. The road network has been significantly modernized in recent years – with highways to neighboring countries.

Foreign visitors from any European Union countries may use their domestic driving permits. Drivers from non-European Union countries must have International driver licenses confirmed their original driving permits. Foreign visitors may drive in Luxembourg with their International driver licenses for six months.

Rules you should know:
Traffic moves on the right side; overtaking on the left.
The minimum age for driving is 18 years.
A driver and all passengers must wear seat belts.
The legal alcohol-blood level is 0.05%.

It is a rule to give way to traffic already on the roundabout, on left, unless it is other traffic signs or signals.
Children from 3 to 18 years or under 1.5 meters may only be ridden in an appropriate restraint system. If their weight is over 36 kg a seatbelt can be used only on the rear seat of the vehicle. Children under 3 years of age must be seated in a proper child seats.
The third-party insurance is compulsory.
A warning triangle and reflective jacket are compulsory.
Fire extinguisher and first-aid kit are advised, but not compulsory.
While driving, mobile phones may only be used with hands free systems.
Cars coming from the right always have priority unless other priority road signs are posted.
Tax certificate is obligatory; it must be shown on the windscreen.
In built up areas, using horns is prohibited except in danger case.
In case of snow or ice, use of snow chains permitted.
All tires on a car must be of the same type.
The spiked tires are permitted from the December, 1 until March, 31.
Sidelights required when parking in places without any public lighting.
It is mandatory to flash headlights at night when overtaking outside built-up areas.
Police phone number is 113.
While driving, a foreign driver should always carry his driving licence, International driving permit, passport, vehicle registration document, certificate of motor insurance, road tax and technical inspection.
The dipped headlights during the day are recommended.
In Luxembourg, there are no tolls roads.

In Luxembourg, there are four parking zones.

Free Parking
orange zones – from 18:00 (6 p.m.) – 08:00 (8 a.m.) and on Sundays and public holidays;
other zones – from 18:00 (6 p.m.) – 08:00 (8 a.m.) and on Saturday, Sundays and public holidays;
yellow and green zones for holders of resident parking permits.
A parking permit allows parking a car in neighborhood for an unlimited period of time. For foreign visitors, temporary permit is valid for three months per year.

The country’s main airport is Luxembourg – Findel International Airport, located 6 km north of the center of the capital.