Are you looking for affordable car hire in Leon? Now a day’s it is very popular to rent a car, the majority choose to pick up a car at the airport. With car rental you and your family have the opportunity to take pleasant day trips in the areas surrounding and you will not be dependent on public transport. By comparing prices of car rental from several players, you can save a lot of money. If you prefer to retrieve the rental car in the city center, this is also possible. 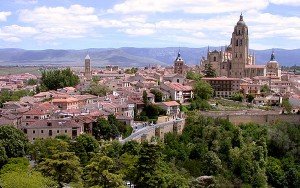 León is the capital of the province of Leon, located north of Spain. Its city population of 131,680 makes it the largest municipality in the province, accounting for more than a quarter of the province’s population. Including the metropolitan area, the population is estimated at 494,451.


A trip to Leon will expose visitors to a completely different kind of beauty from the more visited tourist destinations of the South. Castles, lush greenery and mountainous passes are more typical of the region that combines old and new, tastefully uniting the more traditional areas with the very modern. Surrounded by extreme landscape and steeped in history, Leon is a true highlight of the Castile and Leon region.

The gothic cathedral in Leon’s centre is one of the most stunning examples in the country. This beautiful stone building is remarkable for its outstanding architecture and size, but the real highlight of a visit to the cathedral is seeing the dazzling range of colours and light produced by the exquisite stained glass windows. Walking all the way round the edifice is the best way to appreciate just what an immense and formidable building the cathedral is.

The famous Royal Pantheon is housed in the Basilica de San Isidoro. Built in the eleventh century the Pantheon contains the remains of the old kings of Castile and Leon and houses some of the most magnificent ancient wall paintings that have survived from the period.

Fiestas take place throughout the year, and the most notable celebrations in Leon are for Cabalgata de Reyes on January 5th, Semana Santa over the holy week of Easter, and Nochebuena on Christmas Eve. If you are lucky enough to be in Leon for any of these festivals expect to see lavish displays, spectacular processions, and to witness the religious history of the region in action.

The Camino de Santiago (pilgrimage to the shrine of St James in Galicia) has passed through Leon for centuries and visitors will always see bands of travellers walking through the city and around the region. With its spectacular cathedral and religious sites it is easy to see why Leon is an essential stop for visitors and pilgrims from all over the world.

The best way to explore the city is to simply wander through its beautiful streets, taking in the old Town Hall, the Palacio de los Guzmanes, the Museum of Sacred Art, Gaudi’s Casa de Botines and soaking up all the beautiful plazas, markets and architecture that Leon has to offer. Away from the centre of Leon the enormous San Marcos, a former monastery which now houses a small museum, is definitely worth a visit.

Leon is a wonderful blend of old and new and this is reflected in the shopping outlets. Traditional Leonese fare is in abundance around the old town and new quarters, and the more traditional shops can often be found alongside fashion retailers, boutiques, souvenir sellers and even tattoo parlours. There are excellent clothes shops along the main street and many beautiful boutiques selling quirky items and accessories can be found around the streets off the Plaza Mayor.

There are many options for drinking and dining in Leon with bars and restaurants catering for all tastes and budgets. For traditional Leonese food the Restaurante Bodega Regla is an excellent family fun establishment. The Vivaldi Restaurant is first choice for a more modern take on Leonese dining. Both restaurants can be found in the Barrio Humedo, or wet quarter, located in the old town around the Plaza Mayor and Plaza de San Martin where the many bars and restaurants are buzzing in the evenings.

Having no airport of its own Leon relies on the airport in Valladolid to serve its residents and visitors. From Valladolid it takes approximately one hour and thirty minutes to drive to Leon. There are excellent links by road to Leon from all the major cities in Spain.
The bus and train stations both arrive into Leon by the Bernesga River, and from here it is possible to walk into the town centre. A bus or train journey will take approximately two hours from Valladolid.