Rental Car Lebanon
RentaCarBestPrice.com compare prices from a number of car rental companies and find the best price on car hire. Book with us and get necessary insurance and unlimited mileage included in the price. 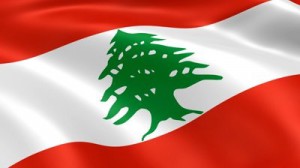 Lebanon is in the Middle East, and has 4 million inhabitants (2009). The country has coastline on the west to the Mediterranean Sea, bordering Syria in the north and east as well as to Israel and Palestine to the south.

The country’s official language is Arabic, with French and English as minority languages.

The landscape of Lebanon consists of high mountains and mountain ranges, fertile valleys and plains. The highest point is Qornet Es-Saoud, located 3090 m – And forms the border with Syria in the north.

The climate in Lebanon is varied with a Mediterranean climate along the coast, steppe climate against Syria and mountain climate in upland areas – where precipitation falls as snow in winter.

The capital and largest city in Lebanon is Beirut, which has 1.8 million inhabitants. Beirut is located west of the country, and is one of the main ports in the Middle East. The city is also the country’s center with respect economy, culture and trade. Beirut has many sights, art galleries and museums – as well as great shopping and a varied nightlife.

Other major cities in the country is Tripoli, Zahle, Sidon and Tyre.

Lebanon has much to offer for tourists, including archaeological and historical sites, beautiful beaches along the coast, as well as beautiful and varied scenery.

Driving is on the right hand side of the road.
Seat belts when driving are mandatory.
The use of a cell phone without a hands-free system while driving is prohibited.
Drivers must obedient to traffic control devices.
Drivers must stop at all military checkpoints.
Stopping at sidewalk area is forbidden.
Pedestrians on crosswalks always have right of way.
Every driver must obey to a signal or direction of a police officer.
There are no toll roads in Lebanon.
As a rule, on-street parking has a maximum duration of 2 hours.
While operating a car, drivers must carry their valid driver licenses, car registration and insurance documents.
The police phone number is 125.
Local drivers very often exceed the speed limits and do not respect other traffic rules. As accidents are common, driving is very hazardous in Lebanon.
It is not permitted to place injurious material or obstruction on the street.
Road rules are effectively non-existent.
The Lebanese like to hoot so horns are common used.
On Lebanese roads, any driver must focus on what is in front of his car and what is coming in from the sides.
To avoid a head-on collision, drivers should approach every blind bend wide and slowly as someone may overtake in that moment.
There is no right of way on most intersections.

Speed limits in Lebanon, unless otherwise indicated, are:
– 50 km/h in the city
– 100 km/h on “major highways”

The main airport in Lebanon is Beirut Rafic Hariri International Airport, located 9 km south of the capital. From here there are direct flights to, among others, Frankfurt, London and Paris.

RentaCarBestPrice.com has a wide range of hire cars in Lebanon. Our search engine compares prices from several companies and thus guarantees you low prices.