Rental Car Kouvola
RentaCarBestPrice.com compare prices from a number of car rental companies and find the best price on car hire. Book with us and get necessary insurance and unlimited mileage included in the price. 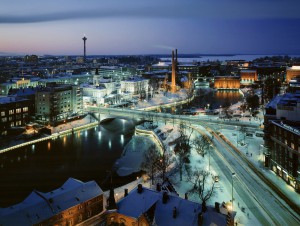 Kouvola is located in kymenlaakso, ca. 58 km north of the port city Kotka in the Gulf of Finland. It is a modern city, where most of the buildings are from the 1900s. Before Kouvola in 2009 was merged with five neighboring municipalities, the city had about 31,000 inhabitants. Large municipality population is now just over 88,000.

Kouvola is located in a geographical area with hundreds of small and large lakes, where the number of cabins are also very high. Among the sights, Verla in Jaala, ca. 30 km outside Kouvola, mentioned. It is a complete industrial museum, which since 1996 has been a Unesco World Heritage Site.

Otherwise, probably the biggest attraction in Kouvola carnival Tykkimäki, located 4 km from the center. With a total of around 40 rides and other installations are Tykkimäki Finland’s third largest amusement park.