Best prices on car hire Huelva in Spain. We compare prices from Spain’s leading rental companies. Our prices on car hire always includes unlimited mileage, and all necessary taxes and insurances. Use the search engine below to find car rental Huelva. 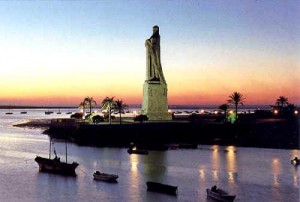 Huelva is a city in southwestern Spain, the capital of the province of Huelva in the autonomous region of Andalusia. It is located along the Gulf of Cadiz coast, at the confluence of the Odiel and Tinto rivers. The city has been inhabited since 3000 BC, it had a population of 149,410 in 2010, according to that year’s census. Huelva is home to Recreativo de Huelva, the oldest football club in Spain.