Are you looking for affordable car hire in Germany? Now a day’s it is very popular to rent a car, the majority choose to pick up a car at the airport. With car rental you and your family have the opportunity to take pleasant day trips in the areas surrounding, also you will not be dependent on public transport. By comparing prices of car rental from several players, you can save a lot of money. If you prefer to retrieve the rental car in the city center, this is also possible. 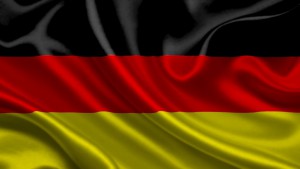 Germany is in north central Europe and is – with its 82.5 million inhabitants – Europe’s second most populous country (after Russia). As a result of the 2nd World War the country was in 1949 divided in two: West Germany and East Germany. The two parts were, however, gathered again in 1990. At the same time the wall, which since 1961 had divided the old capital Berlin in half. The areas where the wall stood, including the beside the Brandenburg Gate, is today among Germany’s top destinations.

Germany has a common border with Denmark, the Netherlands, Belgium, Luxembourg, France, Austria, Czech Republic and Poland. Both east and west of the Danish border, the country’s coastline – in the east of the Baltic Sea and to the west towards the North Sea.

The landscape in the northern part of Germany is relatively flat, but the farther south you go, the more rugged it is – and in areas bordering Switzerland and Austria are the Alps with Germany’s highest mountain, the Zugspitze (2,962 m). The rest characterize the landscape, the large rivers (the Rhine, Danube, Moselle, Elbe etc.).

Germany is located in the temperate climate zone. In the north it is typical coastal climate, while the rest of the country has a continental climate with hot summers and relatively cold winters.

The largest cities are capital Berlin (3.3 million. Pop.) And Hamburg (1.7 million. Pop.). Among the country’s other major cities, these include: Munich, Cologne, Frankfurt and Dusseldorf.

Try the search engine over and be amazed at the low prices you find on car rental in Germany. When you rent a car through RentaCarBestPrice.com you are guaranteed a low price, since we compare multiple providers of car rentals. Some of the companies we compare include Avis, Alamo, Budget, Hertz, National and Europcar.

Germany has well-developed infrastructure and excellent roads. It’s easy to adapt your driving style and traffic rules are basically as in Norway. Germany’s highways (“Autobahn”) has no set speed limit, but it is not advisable to drive faster than 130 km / h.
Country Roads has a speed limit of 100 km / h, and the cities / towns the speed limit is 50 km / h.
Germany has a blood alcohol concentration limit of 0.5. For drivers under 21 years is the limit 0.0.
The highways in the country have no toll fee.
“Romantische Strasse” is a famous and beautiful country road in Germany, located south of the country. The stretch is 366 km long, and runs between the towns Würzburg and Füssen. If you drive on this tourist route will pass scenic areas, historic villages and several beautiful castles.

With a rental car in Germany has the best opportunities to see more of the region would be to, and you do well to think about public transport options.

Driving into the city center of Berlin, however, can be very stressful, and it is not recommended for novice motorists. It is also often difficult to find parking space. Should you run into major cities in Germany, it may be wise to bestlle car rental with GPS – so that one can more easily find the way.

Frankfurt (FRA) located southwest of Germany, and is the largest city in the state of Hesse. The city has nearly 700,000 inhabitants, and is one of Europe’s most important financial and cultural cities. Frankfurt is known for its skyline with skyscrapers, and the Main River flows through town. There is much to see and experience in Frankfurt, and the city has over 60 museums and art galleries. In addition, botanical garden, opera and concert halls and theaters. It held regular festivals, events and fairs in Frankfurt.

The city’s international airport – Frankfurt Airport (FRA) is 12 kilometers southwest of downtown, and is one of the busiest airports in Europe. Both in Terminal 1 and 2 are car rental centers – where actors Avis, Hertz, Alamo, Budget, Enterprise, Sixt, National and Advantage housed.

With car hire in Frankfurt has the freedom to make journeys in the area outside the city, and explore more of the region. The pretty town of Heidelberg is 90 km south of Frankfurt, and recommended a visit. Heidelberg has about 150,000 inhabitants and is known for its rich history. In the old town you can visit Heidelberg Castle, perched on a hill above the river Neckar. The castle is over 700 years old, and a walk in the castle garden offers beautiful views of the city. Also the old bridge “Karl Theodor-Brücke” from 1788 is a popular attraction in Heidelberg.

Another tip is to drive to the small romantic medieval town Rothensburg ob der Tauber, located 182 km southeast of Frankfurt. The historic center is a UNESCO World Heritage site, and here you can ia see city walls from the 1200s, a number of half-timbered houses and St. Jacob’s Church from the 1400s.

Cologne is located west of Germany and is the largest city in the state of North Rhine-Westphalia. The town lies on the River Rhine, and has nearly 1 million inhabitants. Cologne is famous for its cathedral – Cologne Cathedral – as UNESCO World Heritage Site. Cologne Cathedral was begun in 1248 and inaugurated first in 1880. The cathedral has two towers are 157 meters high.

Old Town Cologne is known for its unique atmosphere with shops, breweries, squares and inns. Other popular sights and attractions in Cologne is ia City Hall from 1569, the Roman-Germanic museum and several art museums. The city also has a zoo, and one can take the cable car over the Rhine River to get here.

The international airport Cologne Bonn Airport (CGN) is 16 km southeast of downtown, and is Germany’s 4th largest airport. A number of car rental companies have their offices here – including Avis, Enterprise, Europcar, Hertz and Sixt. With car hire in Cologne you can take day trips to nearby cities or shorter excursions. A tip is to drive to the city Lindlar, located 35 km east of Cologne. It is very popular to visit the open air museum “Bergische Freilichtmuseum Lindlar” – where one can see how the locals lived and worked for approximately 100 years ago. The historic buildings located in a scenic area, and is from the time period 1800 – 1900’s.

It is also popular for tourists to drive to the town of Brühl, located 20 km south of Cologne. Brühl is known for its two beautiful castles, Augustusburg Castle from 1768 and Falkenlust Castle from 1740. Both UNESCO World Heritage Site, and has baroque gardens and parks. In Brühl is also Phantasialand theme park – which is an attraction for the whole family.

Stuttgart is located in southwestern Germany, and is main town in the state of Baden-Wurttemberg. The city has nearly 600,000 inhabitants and is an important transport hub. Stuttgart is located beside the River Neckar, and is one of the richest cities in southern Germany. One popular attraction in town is the old castle Alte Schloss from the 1500s – which today houses the regional museum “Landesmuseum Württemberg”. The city has otherwise a late Gothic church, botanisk- and zoo, planetarium, theater and concert hall. In addition, you can visit the city’s two automobile museums: Mercedes Benz Museum and Porsche Museum.

The international airport Stuttgart Airport (STR) is 12 km south of downtown. In Terminal 3 you will find several car players – including Avis, Budget, Enterprise, Europcar, Hertz, Sixt and Rent a Terstappen.

With car hire in Stuttgart has the best opportunities to take pleasant drives to nearby sights and towns. A tip is to visit the city of Baden-Baden, which is 105 km west of Stuttgart – near the border with France. Baden-Baden is a famous spas place and is beautifully situated by the mountain range Schwarzwald. The city also has several museums and beautiful historic buildings as well as a casino.

Another tip is to drive to the mountain Schauinsland, located 207 km southwest of Stuttgart. From here one can take Germany’s longest cable car – Schauinslandbahn – that goes up to the upper part of the mountain 1220 m and from here you get a panoramic view of the city of Freiburg and the Rhine Valley. On top are café, restaurant, observation tower and a number of marked hiking trails.