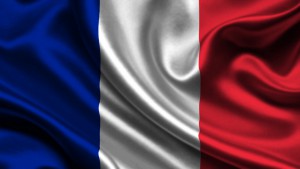 France (64 million inhabitants in 2009) located in Western Europe – and is bordered by Belgium, Luxembourg, Germany, Switzerland, Italy, Andorra and Spain. Moreover, the Principality of Monaco, which is an independent state on the Mediterranean coast, enclosed by France. In addition to the Mediterranean Sea borders the country also to the Atlantic and the English Channel.