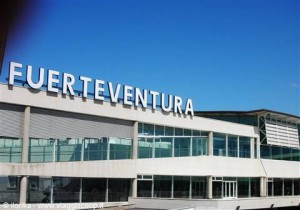 Fuerteventura can be loosely translated as “strong wind” or a corruption of the French Forte Aventure (Great Adventure)is one of the Canary Islands, in the Atlantic Ocean off the coast of Africa, politically part of Spain. At 1,660 square kilometers (641 sq mi) is the second largest of the Canary Islands, after Tenerife. It was declared a biosphere reserve by UNESCO on 26 May 2009.