Rental Car Frankfurt Airport
RentaCarBestPrice.com compare prices from a number of car rental companies and find the best price on car hire. Book with us and get necessary insurance and unlimited mileage included in the price. 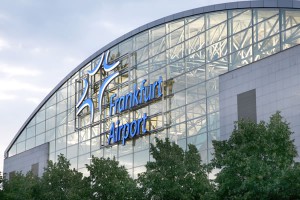 Frankfurt Airport (FRA) is 12 kilometers southwest of the center of Frankfurt in Germany. There are good bus and train connections between Frankfurt and the airport. There are car rental company in both Terminal 1 and 2, these are National Alamo, Hertx, Sixt, Avis, Dollar, Trifty, Enterprise and Europcar.

Around 52 million passengers visited Frankfurt Airport in 2006 making it the largest in Germany and the 3rd largest in Europe. It is the busiest airport in Europe in terms of cargo traffic. From Frankfurt, a travel directly to most destinations worldwide. It is headquarters for Air India, Condor Flugdienst and Lufthansa. A new terminal was completed in 2007.

Frankfurt Airport has an extensive range of food and beverage outlets and throughout 130 different shops where some of them located in a shopping center that was opened in July 2009. Amenities include banks, wireless internet, business center, VIP lounge, playgrounds for children, pharmacy and medical center. The Sheraton Hotel is linked to terminal 1, and there are about 20 hotels very close that there are shuttle buses to.