Rental Car Estonia
RentaCarBestPrice.com compare prices from a number of car rental companies and find the best price on car hire. Book with us and get necessary insurance and unlimited mileage included in the price. 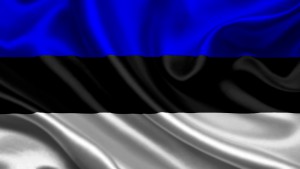 The Republic of Estonia is located in the northeastern part of Europe, and together with countries Latvia and Lithuania an area collectively Baltics. Estonia has 1.3 million inhabitants (2009), and is the northernmost and smallest of the Baltic countries. The country is bordered by Latvia in the south and Russia to the east, and has coastline on the Baltic Sea in the north and west.

Estonia has mostly a flat landscapes – with big forest and marshlands. The country’s highest point is Suur Munamägi – located 318 m Estonia has over 1400 lakes and many rivers.

The country has a temperate climate with a cool and humid weather conditions of the year.

Other major cities in Estonia’s Tartu, Narva, Kohtla-Järve and Pärnu.

Estonia has experienced increasing tourism in recent years, and the country can ia city ​​at affordable cost of living, short distances inland, great shopping and many sights.

In residential areas, the maximum speed is 20 km/h.
Speed cameras are used on the roads.

Traffic moves on the right side of the road.
The minimum driving age is 18 years.
A driver and all passengers in front and rear seats must wear seat-belts.
On a front seat of any car, it is forbidden to carry children sitting on a adult’s lap.
Dipped headlights must be illuminated at all time while driving.
Drivers must always stop for all pedestrians in marked crosswalks.
It is forbidden to put children in a a rear-facing safety seat in front of a passenger air bag.
Two warning triangles, a fire extinguisher and first-aid kid are obligatory.
To use of hand-held cell phones while driving is not permitted. It is permitted to use mobile phones with hands free systems.

It is recommended to have a reflective vest and torch, two usable wheel chocks.
There are no toll roads in Estonia.
It is required to pay for parking in the center of the large cities. Drivers must pay for parking by a special parking card (parking hours) which can be bought in shops, booths, and from employees of a parking. In some parking places, there are parking machines. On the coupon, which gives out the parking machine, resolved time of a parking is noted. If other is not specified, the parking is paid from 07:00 (7 a.m.) to 19:00 (7 p.m.) on weekdays and from 08:00 (8a.m.) to 15:00 (3 p.m.) on Saturday; On Sunday and holidays, parking is free.
In cities, parking places are marked: “blue zones” are for short-term parking from 1 to 1½ hours, “green zones” are for longer periods. “Red zones” are places where parking is prohibited.
To use of snow tires is allowed from October, 1 to March, 31.
When renting a car, drivers under 25 may pay a young driver surcharge.
Drivers must carry their valid driver licences, International driving permits, car registration documents, and insurance documents at all times while driving.

In the case of a road accident, drivers should not move the vehicle until the police reach the scene.

Dial 112 anywhere in the EU to reach the emergency services.
Breakdown assistance is 1888
Police phone number is 110.