Rental Car Dobrich
RentaCarBestPrice.com compare prices from a number of car rental companies and find the best price on car rental. All prices on car hire in Dobrich include necessary insurance and unlimited mileage. 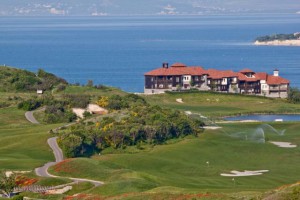 Dobrich is the administrative center of the province Dobrich east of Bulgaria. Province is located furthest west of the country and borders the Black Sea. The town is situated in the center of the province, towards the southern border and it is about 30 km to the Black Sea. Dobrich is the eighth largest city in population in Bulgaria, and the population was approximately 93,000 in 2007.

The area has been inhabited for thousands of years and it has been found remains of settlements completely from the 4th century BC. Kr. After several destructions became the city we know today raised in the 1500s and 1600s. The city had over 1000 houses and 100 shops and was known for products like weaving mills and copper. Today’s old town with the old clock tower a popular attraction. Also parks attract many visitors and TV tower and the many museums.

Those who wish to travel to Dobrich can take the plane to Varna Airport. The airport offers flights to both home and abroad and is located 50 km southeast of Dobrich.