Rental Car Denmark
RentaCarBestPrice.com compare prices from a number of car rental companies and find the best price on car hire. Book with us and get necessary insurance and unlimited mileage included in the price. 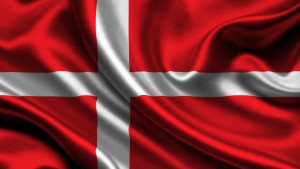 Denmark is located in Northern Europe, and falling within the geographical area Scandinavia (which includes the countries Denmark, Norway and Sweden). The country has 5.5 million inhabitants (2009), and consists of the Jutland peninsula and 443 smaller islands – of which Zealand and Funen is the largest. Denmark is bordered by Germany to the south, and has coastline to the Skagerrak in the North, Kattegat and the Baltic Sea in the east and the North Sea in the west. The country has ferry connections to Norway, Sweden, England, Poland and Germany.

Denmark’s landscape is characterized by lowlands with hills, snogging (limestone cliffs) and dunes (sand banks). The highest point is Møllehøj – and is 170 m

The country has a maritime climate, with windy winters and cool summers.

Capital Copenhagen is located on the island of Zealand, and has approximately 520,000 inhabitants in the city center (2010). If you include the entire metropolitan area, the population is increasing to nearly 1.2 million. From Sealand is it a bridge to Sweden. Copenhagen is a modern city with many attractions and sights, good shopping and a varied nightlife.

If you plan to hire a car in Denmark here is some rules that you should take in consideration.

Denmark has very similar rules the rest of the EU coutries. Drivers must be extremely conscious of cyclists while driving in Denmark. Denmark has countless bike paths, bike lanes and cyclists at all times of the year and cyclists have the right of way. There are plenty of gas station in Denmark and the majority of these have automatic payment machines that can be used when the station is closed. Many of these machines accept cash, and all accept Visa and Mastercard as payment. However, it is important to note that travellers from North America will have to consult their banking institution prior to their trip to Denmark to acquire a pin code for their Visa or Mastercard. Pin codes for Visa or Mastercard are not standard in North America, however they are in Denmark. It can be a long lonely night waiting for a petrol station to open so that you can purchase some petrol. This is also true in all forms of shops throughout the country. If you are a traveller who expects to rely on their credit card on their trip to Denmark a pin code will be necessary.

Visa and Mastercard require a security pin code in Denmark. If your Visa or Mastercard from your home country does not have a security pin code you should request one from your bank prior to your departure to Denmark. Otherwise you may find yourself unable to use your credit card at gas stations or indeed anywhere else in Denmark. Denmark has a very modern payment system throughout the country which requires use of “chipped” credit cards and PIN numbers.

Denmark does not have any toll roads. However, foreign drivers should be aware that there are 2 bridges which require a very expensive toll. The first is Storebelt Bridge (Storebælt Bro) which lies between the island of Zealand and Fyn. The cost of a one way crossing is $38 US. The second is Oresund Bridge (Øresundsbroen) which is the bridge between Denmark and Sweden. The cost of a one way crossing here is $45 US.

Driving in Denmark is easy and nice as roads are excellent, and the Danish drivers are law-abiding and courteous. All motorways are toll-free and only tunnels and two major bridges (Storebelt Bridge and Oresund Bridge) are expensive. In road signs, standard international symbols are used, but sometimes Danish phrases are included.

Traffic moves on the right side of the road.
The legal alcohol-blood level is 0.05%.
The minimum driving age is 18 years.
Third-party insurance is compulsory.
Drivers and all passengers from front and rear must wear seat-belts.
Children over 3 and under 1.35 m must be placed in a child restraint. The airbag must be deactivated if a child
is placed in the front, in a rear facing restraint.
Visibility vests are mandatory.
Dipped headlights must be used during the day.
A warning triangle is obligatory.
Overtaking on the right side is prohibited.
At a roundabout, drivers must yield to traffic coming from the left.
A cell phone may only be used with hand-free system.
The tire thread depths must be at least 1.6 mm.
Cars need to have parking discs on their dashboards.
Headlights need to be on at all times.
Cyclists have the right of way.
Drivers must give way to the right.
Stopping is permitted in the right side of the street and forbidden on the motorways and main roads.
Parking is forbidden at full-drawn centerlines, less than five meters from a pedestrian crossing, less than 10 meters from an intersection, on cycle paths, within 12 meters of a bus stop sign.
Driving in the emergency lane is prohibited.

All the times while driving, carry their driver licenses, vehicle registration document, and certificate of motor insurance.
Have a fire extinguisher and first-aid kit in your car.
Be careful when you are turning right across a cycle lane; generally, bicycles have priority.
Don’t use cell phone while driving.
Give way to buses.
Drive safe and friendly.
All rental cars in Denmark are equipped with parking discs. Foreign drivers using their own cars can bay parking disks in banks, gas stations, or tourist offices. Parking discs are used in free parking areas; they operate as clocks at which you set the arriving time to the parking lot.

RentaCarBestPrice.com offer a wide range of car hire from budget cars to luxury cars, convertibles and 4×4 at most places in Denmark. Car in Denmark has never been cheaper. Try the search engine above to find cheap car rental in Denmark.