Rental Car Czech Republic
RentaCarBestPrice.com compare prices from a number of car rental companies and find the best price on car hire. Book with us and get necessary insurance and unlimited mileage included in the price. 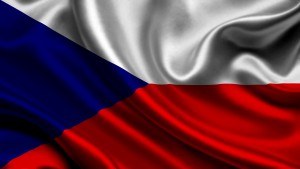 Czech Republic lies in Central Europe and has 10.2 million inhabitants (2009). The country is bordered by Germany, Slovakia, Poland and Austria.

The landscape in the Czech Republic is varied and is mostly divided into the two historic areas of Bohemia and Moravia. Bohemia is located in the west of the rivers Vltava (Moldau) and Labe – and is surrounded by mountains. Highest point here – Snezka – situated 1602 meters above sea level Moravia in the east is characterized by hills and river Morava flows here. Otherwise, the country has large areas of plains.

The capital Prague is also the country’s largest city with 1.2 million inhabitants (2008). Prague is centrally located in the Czech Republic – on the river Vltava (Moldau). The city has many beautiful and impressive buildings, and the main tourist attractions in Prague’s Old Town – “Stare Mesto” – from the 1200s, Hradcany with Prague Castle and St. Vitus Cathedral, Charles Bridge, Prague’s Wenceslas Square and the Jewish Quarter.
Other major cities in Czech Republic: Brno, Ostrava, Zlín, Plzen and Pardubice.

Read some basic rules that help to keep things in order on Czech roads.

As is the case in the rest of continental Europe, people drive on the right in the Czech Republic. Every car on the road must have its lights switched on all day, every day of the year. There is a strict ban on the drinking of alcohol; motorists must even undergo a breath test every time they are stopped by the police. When travelling with children weighing less than 36 kg or less than 150 cm tall, don’t forget to take a children’s car seat with you to avoid problems. In winter, snow conditions in the Czech Republic can be highly changeable, so between 1 November and 31 March don’t tempt fate and, just to be safe, make sure that your car has winter tyres fitted. Phoning without a hands-free set is forbidden.

In larger towns you’ll definitely encounter trams; if they’re travelling parallel to you and turn left or right, always give way. Drivers are also obliged to stop and allow pedestrians to cross the street safely when at marked crossings. This does not, however, apply to tram drivers!

Vehicle accidents must always be reported to the police if a person is injured or killed, damage is caused to a third party, or material damage to a value exceeding 100,000 CZK is caused to a vehicle belonging to any party to the accident. In the event that an obligation to report an event to the police does not occur, parties to an accident are obliged to write a joint record of the accident – the use of a so-called Euro-form is recommended.
In the event of an accident or emergency stop, signs displaying the distance from the start of the road are placed every 500 m along motorways or major roads. Arrows on these signs indicate the direction to the nearest emergency telephone.

The country’s main international airport is Ruzyne International Airport, located 17 km west of Prague. This is also the largest airport in Central and Eastern Europe.