Rental Car China
RentaCarBestPrice.com compare prices from a number of car rental companies and find the best price on car hire. Book with us and get necessary insurance and unlimited mileage included in the price. 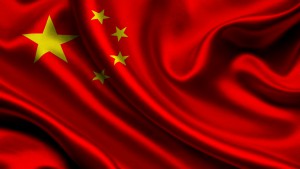 China is the largest country in East Asia (in area), and the 3rd largest in the world – after Canada and Russia. It lives in all 1.3 billion inhabitants (2009) – and it is the world’s most populous.

China borders on all 14 countries and has coastline on the Yellow Sea, the East China Sea and the southern Chinese Sea.

The country has a varied landscape with plains, mountains and mountain ranges, rivers and desert areas. Himalaya mountain range lies in China, on the border with Nepal. The world’s highest mountain – Mount Everest (8850 m) – is located.

The capital Beijing is the country’s second largest city (after Shanghai), and has 17.4 million inhabitants in the metropolitan region. Beijing is China’s political and cultural center with a unique heritage. Biggest tourist attractions are the Great Wall, Minggravene, Tiananmen gate that leads into the imperial palace area “Forbidden City”. Summer Olympics in 2008 was also held in Beijing.

Chinese traffic is clearly dangerous for drivers and pedestrians. In China, the driving manner strongly differs from European and American. You should be prepared to following:

Chinese drivers follow the rule “first is right”; in other words, any car with a slight lead position has right of way.
When the traffic lights go green, oncoming vehicles are racing to turn left before you cross the intersection.
U-turns may be done regardless of the lines on the road and the oncoming traffic.
Chinese drivers don’t stop for pedestrians; even they are on a cross-walk with the light. Drivers honk at pedestrians (even on the sidewalks) to get out of the way or drive around them.
Chinese drivers rarely look to the left when they are going to turn right out of a road.
Lane changes and turns are often not signaled.
Chinese drivers merge onto any road without yielding to traffic.
Chinese drivers don’t pay much attention to lane discipline and turn signals.
In China, overtaking on the right is very common.
Bicycles, motorcycles, and sometimes cars ignore one-way signs. Lane markings are often ignored too.
In the countryside, many drivers ignore stoplights.
Lorry drivers may not switch on lights at night.
Usually, bicycles don’t have lights and even reflectors. Motorcycles often run without lights at night. Sometimes, both are on the wrong side of the road.
As a rule, a Chinese driver desiring to turn left across oncoming traffic will not yield to oncoming traffic and await a “safe” movement.
At night, people in dark clothes often walk in the middle of the road, with the back to the oncoming traffic.
At petrol stations, the “no smoking” signs may be ignored.
Drivers of large trucks prefer to drive late at night.
If in main lanes, traffic is jammed, vehicles take to bicycle lanes.
If there is no opposing traffic, Chinese drivers usually go through red lights. They can run on red lights even the other traffic is present.
That looks like Chinese drivers don’t know about dimming their headlights for approaching vehicles.
At first sight, it seems that all drivers ignore traffic regulations and the main things on the road are don’t hit anything and don’t get hit by anything. However, if a driver are caught by the police at road rules violation, he/she may face strict punishments: high fines, suspension of your license, and penalties include imprisonment.

Therefore, before driving in China, drivers should familiarize with Chinese road rules.

In China, it is right-hand traffic.
Overtaking on the right is forbidden.
The minimal driving age is 18 years.
While driving, using of a handheld mobile phone is prohibited.

G-level (national) highways which are a pleasure for driving;
S-level (provincial) highways that sometimes don’t have the central reservation or road separation.
X-level (county) highways some of which may be in areas cordoned off for foreigners.
On major expressways, road signs are often bilingual (English, Chinese), but in anywhere else, this is not a given. So avoid driving a vehicle until you can read the road signs. The road conditions are not the same anywhere, so be prepare to choose the appropriate vehicle. Also, listen to some advices:

Give way to pedestrians.
For your safety, wear your seat-belt all the time.
If you are in a small vehicle, always give a way.
Do not speed and park your car inappropriately.
Do overtaking as fast as possible, preferably on a blind bend.
All foreign visitors over 16 years of age must carry their passports at all the times.
You cannot travel to Tibet without the appropriate permits.
You also should consider that the wet season is from May to November, particularly, in the southern and eastern coastal regions of China.
Turning off from the main roads may require off-road driving skills and technical equipment; at some places, it is illegal.
Try to drive near the middle-right of the road.
If you see merging driver, yield and allow merging.
Don’t drive with lights on during daytime.
If you drive at the night, switch on all lights to see if there are no approaching vehicles.
If it is possible, avoid driving at the night; that is unpleasant and dangerous.
In the case of an accident in China, don’t panic. Take down the driver’s name, number of his/ her license, license plate number, and type of car. Don’t intervene with the accident scene. Ask several passers-by to be eye-witnesses. Call to the police about an incident. If necessary, contact the branch of your embassy or consulate in China.

Here you will find list of all Airports in China.

China has several international airports and airports in Bejing, Shanghai and Hong Kong is the busiest in the country. Hong Kong Interantional Airport is also one of the main airports in all of Asia.

Try our user-friendly search engine and get surprisingly low prices quoted on car hire in China.