Rental Car Beijing
RentaCarBestPrice.com compare prices from a number of car rental companies and find the best price on car rental. All prices on car rentals in Beijing include necessary insurance and unlimited mileage. 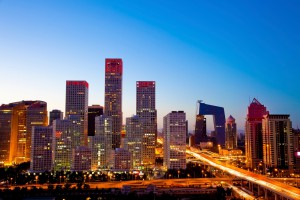 Beijing or Peking is in the far north on a plain north of China, hence the name which means northern capital. Beijing is about 160 kilometers from Bohai Bay. China’s capital has 7.2 million inhabitants in the city center and 10.3 million with the suburbs. Beijing is the center of the Chinese road and rail system with train services to inter alia Moscow, Mongolia and North Korea’s capital Pyongyang.

Beijing is famous for the Great Wall and the Forbidden City. Both UNESCO World Heritage Site. The Great Wall was originally a defense, and is believed to be the world’s largest buildings. It is 6,000 kilometers long and between 6 and 15 meters high. The wall was completed during the Ming Dynasty. The Forbidden City was built by the Ming emperors in the 1400s, and was the emperor’s palace. Only imperial family and the court had access. Beijing is also known for attractions such as the Summer Palace. Tiananmen Square is one of the world’s largest rectangular spaces. This is also the Mausoleum of Mao Zedong.

The international airport is 22 kilometers northeast of the town of Chaoyang neighborhood.