Rental Car Canada
RentaCarBestPrice.com compare prices from a number of car rental companies and find the best price on car hire. Book with us and get necessary insurance and unlimited mileage included in the price. 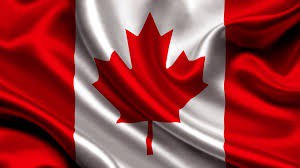 Canada represents – if one disregards Alaska (which is a state in the US) – the entire northern part of the North American continent. A total area of ​​nearly 10 million km2 placing the country as the world’s second largest (after Russia). Much of Canada is, however, covered by forests and lakes, so population is still “only” approximately 33 million. Most people live either along the Atlantic coast to the east, the Pacific Coast in the west – or along the border with the United States.

Canada has two official languages: English and French. The three indigenous groups of Indians, Metis and Inuit speaking however their own language, although they also in public contexts mostly use English or French.

On such a large land area will obviously the climatic conditions change. The country has a coastal climate in west and largely continental climate in central, southern and eastern parts – while an Arctic climate type dominates in the north, where the land bordering the Arctic Ocean.

Capital of the country, Ottawa, has approx 823,000 inhabitants – while the country’s largest city, Toronto, has about 2.5 million (5.6 million. In the metropolitan area). Also Montreal and Calgary (both of which have slightly over 1 million. Pop.) Is bigger than Ottawa.

Other major cities are Edmonton, Winnipeg, Québec and Vancouver (which in 2010 hosted the Winter Olympics).

Yearly, thousands of visitors enjoy driving in Canada. If you are going to travel to Canada, before you leave your home country, you should know that for driving in Canada you need a valid National Driving Permit and an International driving permit. Is legally required to carry both driver licenses and copies of a vehicle registration and insurance while driving. You can drive with your International driver license and national driving permit for a few months (60 – 90 days) depending on the province or territory.

Distance and speeds are given in kilometers per hour (km/h). Some signs, especially in Quebec, may only be in French.
In cities, the maximum speed limit is 50 km/h, on highways 80km/h, and on rural highways 100 km/h.

Driving in Canada is similar to driving in many parts of the United States. There are some main rules of Canadian road traffic which tourists should know:

Driving under the influence of alcohol is criminal offenses. The drinking limit is 0.08%; in some provinces 0.05%. A foreign driver exceeding drinking limit could be deported.

Driving is on the right side of the road with overtaking on the left side.
It is illegal to have automobile radar detectors. Police may seizure radar detectors, regardless of whether they are used or not, and impose fines.U. S. driver licenses are valid and auto insurance is accepted in Canada. U.S. insurance companies issue a Canadian insurance card which should be obtained before travel to Canada.
The minimum driving age is 16 years old.
Driver and all passengers must wear seatbelts. Children who weight less than forty pounds must ride in child seats which must conform to the standards of the Canadian Motor Vehicle Safety Standards organization.

Is not allowed to use cell phone while driving.
If school bus has flashing lights, traffic in both directions must stop.
That is not allowed to park in front of fire hydrants. Vehicles can’t be parked less than nine meters from an intersection.
In Quebec and Montreal city, right turn on a red light is illegal; in the rest of the country, “Right on Red” is allowed.
At intersections, directional signs indicate only the allowed turn; any other turn is prohibited.
At the four way intersection, drivers must proceed in the order they have a
If you are stopped by police officer, stay in your car and switch the engine off.
Pedestrians at crosswalks and corners have the right of way.
Some provinces require keeping headlights on during the day.
Safety helmets for drivers and passengers of motorcycles are required. Motorcycles cannot share a lane.
Many highways do not have merge lanes for entering traffic.
Lines marked with white diamonds are for using by buses, taxis and bicycles.
Foreign drivers also should know that winter travel in Canada can be dangerous due to heavy snowfalls and icy conditions. In some provinces, snow tires are required.
In rural areas, while driving travelers also should be cautious of moose, elks, and deer.

Emergency assistances can be reached by calling 911.

Try our simple search engine and get surprisingly low prices quoted on car hire in Canada. Toronto and Vancouver are the most popular car rental destinations in Canada.