Rental Car Cambridge
RentaCarBestPrice.com compare prices from a number of car rental companies and find the best price on car hire. Book with us and get necessary insurance and unlimited mileage included in the price. 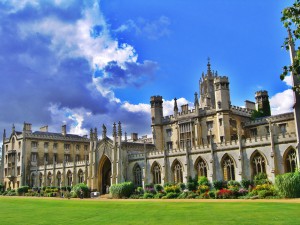 Cambridge is a city and administrative center in the county of Cambridgeshire. County lies to the east in the southern part of England, while the city is located to the south of the county. River Cam flows through the city and the number of residents was measured at over 120 000 (2008) within city limits. Cambridge the Municipal Court in 1207 and is one of the nation’s oldest cities.

Cambridge is most famous for being a university town, and University of Cambridge is England’s second oldest university and Europe’s fourth oldest. The University was founded in the 1200s and university buildings are historic and stately. Much of the city is marked by medieval, as streets and bridges. There is a lot to take care in Cambridge, not just museums, exhibitions and historic buildings. There are several theaters, concert halls and festivals, including a Shakespeare festival, jazz festival and beer festival.

London Stansted Airport is the nearest airport to Cambridge and is about 50 km south. Other major airports are within driving distance of the city, such as London Gatwick and Heathrow.