Rental Car Brazil
RentaCarBestPrice.com compare prices from a number of car rental companies and find the best price on car hire. Book with us and get necessary insurance and unlimited mileage included in the price. 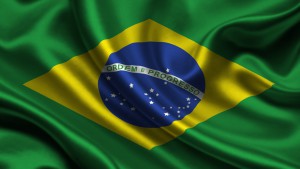 Brazil – with an area of ​​8.5 million km2 and with almost 200 million inhabitants – South America’s largest country, both in extent and in population. It borders the entire 10 other countries, in addition to that it has a long coastline on the Atlantic Ocean. It is the only country on the South American continent that have Portuguese as their official language.

The climate in Brazil is mostly tropical – except in the south, where it is temperate. The northern part of the country is otherwise dominated by giant rainforest of the Amazon, the world’s most water-rich river. Farther south in the country, there are several major mountain ranges, and this is also the river Paraná – which flows on through Paraguay and Argentina – their sources. Brazil’s highest peak – Pico de Neblina (2994 m) – is however the far north, near the border with Venezuela.

One of the biggest attractions are Iguacu National Park – which is related to the Iguazu National Park in Argentina, as it bordering. Both parks are on UNESCO’s World Heritage List.

The capital Brasilia has approx 2.2 million inhabitants, but is far from the country’s largest city. The two most populous are in fact metropolises São Paulo (11 million. Pop.) And Rio de Janeiro (6.2 million. Pop.). The latter is Brazil’s most popular tourist town – famous among others for its annual carnival and for bathing beaches of Copacabana and Ipanema.

Brazil has the biggest road network in Latin America; it is over 1.6 million kilometers. In practice, roads in Brazil can be dangerous, if you are used to driving in Europe. That is why you have to learn the road system of Brazil before you will arrive there.
The majority of roads are in a good condition, especially in the South and in the North of the country, but in other regions there are unimproved or dirt roads, for example, in the Amazon area.

However, most drivers break the speed limits. But there are many electronic devices which fix speed; furthermore, they take pictures of violator’s car and license plates as a basis for issuing speeding tickets.

Cars are driven on the right side of the road.
You must use seatbelts in your car and have child car seats in accordance with the Federal law of Brazil. Children from 7 and half to 10 years old must be in the back seats (not in the front seat) wearing seatbelts.
There are checkpoints in urban areas, where chosen drivers are tested on content of alcohol in their blood with the breathalyzers. Drivers under the influence are in violation of the law.
Turns at Red lights are not permitted. But you can turn on red only if there is a sign with an arrow pointing to the right and the words “Livre a Direita”.
The foreigners must drive in Brazil using their original driving permit and International driver license.
The legal driving age is 18.
Mobile phones can be used only in accident with a “hands-free” system.
Drivers should keep doors locked and windows closed, especially, at night, due to the high criminality (carjacking and robbery at the traffic lights). It is allowed for drivers don’t stop at the red lights at night in major cities, for example, San Paulo and Rio de Janeiro.
Temporary visitors, who hold full National driving permits and International driver licenses, can drive in Brazil for six months. They must carry their both documents – National driving permits and International driver licenses – at all times when driving. Visitors who hold full driving permits issued by countries that Brazil has signed and ratified agreements or international conventions may obtain a full Brazilian license without taking the complete test.

Brazil has several major airports – including Galeão in Rio de Janeiro (the largest) and Congonhas in Sao Paulo.