Rental Car Australia
RentaCarBestPrice.com compare prices from a number of car rental companies and find the best price on car hire. Book with us and get necessary insurance and unlimited mileage included in the price. 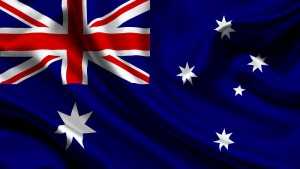 Australia is part of Oceania, located in the southern hemisphere – with the Pacific Ocean in the east and the Indian Ocean in the west. The land is located northwest of New Zealand and south of Indonesia, East Timor and Papua New Guinea. Australia has 22.1 million inhabitants (2010), and is the 6th largest country in the world with respect area.

Australia’s highest mountain is Mount Koscioszko, located 2,229 meters above sea level The country has a tropical savanna climate in the north – with deserts, rainforests and plains. Central parts of the country have desert climates with large dry areas, and Australia’s east and west coasts have a subtropical climate. Along the southeast coast is a temperate climate.

Australia is a popular destination. The country is known for its many national parks with beautiful scenery, its distinctive wildlife – as well as its countless sandy beaches along the coast. The world’s largest coral reef, the Great Barrier Reef, situated on Australia’s north east coast and is one of the country’s biggest tourist attractions.

Tourists and visitors who plan to drive in Australia must know Australian road rules and characteristics of road traffic. Although Australia has eight states and territories, the road rules are mainly the same:

Through RentaCarBestPrice.com can book car hire at all major airports and cities in Australia. Try the search engine above to access an instant reservation.