Rental Car Adelaide Airport
Rentacarbestprice.com compare prices from a number of car rental companies and find the best price on car rental. All prices on car hire in Adelaide Airport include necessary insurance and unlimited mileage. 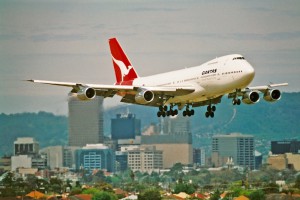 Adelaide Airport (ADL) is 6 km west of Adelaide. There is no shuttle service between Adelaide and the airport running every 30 minutes. The car rental companies that are represented at the airport are Avis, Budget, Hertz and Thrifty.

From June 2008 to June 2009 6.9 million passengers visited Adelaide Airport and is 5th largest airport in Australia. The 3 most popular international destinations from Adelaide (2008/2009) is Singapore, Kuala Lumpur and Hong Kong. It is headquarters for Tiger Airways Australia and Qantas. In 2005 opened a new terminal which has been rewarded with several awards.

Adelaide Airport has a good selection of shops, cafes, restaurants and bars. Other amenities include wireless internet, ATM, children’s playroom, Shrine, pharmacy and conference rooms. There are two hotels at the airport, it’s Adelaide Airport Motel and Aviator’s Lodge.