Rental Car Wales
RentaCarBestPrice.com compare prices from a number of car rental companies and find the best price on car hire. Book with us and get necessary insurance and unlimited mileage included in the price.

Are you looking for affordable car hire in Wales? Now a day’s it is very popular to rent a car, the majority choose to pick up a car at the airport. With car rental you and your family have the opportunity to take pleasant day trips in the areas surrounding and you will not be dependent on public transport. By comparing prices of car rental from several players, you can save a lot of money. If you prefer to retrieve the rental car in the city center, this is also possible.
The country offers great natural and cultural experiences. It is advisable to book your car rental well before departure, so you’re sure to get just the car that suits you, at the lowest price. In certain periods there may be high demand among rental companies, and the cheapest cars are usually taken first. 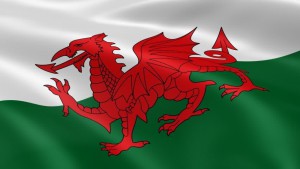 Wales is a peninsula in southwestern Britain, and has 3 million inhabitants (2009). The area is bordered by England to the east, and has coastline to the Bristol Channel in the south, St George’s Channel to the west and the Irish Sea in the north. Anglesey island in northwest also belongs to Wales.

The landscape of Wales is made up of mountains, hills, fertile valleys, lakes and waterfalls – and lowlands along the coast. Highest summit is Snowdown, located 1,085 meters above sea level

Wales has a maritime climate with cold winters and hot summers. It is predominantly cooler and moister in Wales than in England.

The capital Cardiff is located far south of Wales, and has 320,000 inhabitants. Cardiff is an important port, and has many tourist attractions. The most popular is Cardiff Castle and Castell Coch. The capital also has several interesting museums, good shopping and a vibrant nightlife with restaurants and pubs.

Other major cities in Wales is Swansea, Camarthen, Newport, Merthyr Tydfil and Rhondda.

Wales has great tourism, and is known for its beautiful and wild nature. The peninsula also has many beautiful castles, rich history and fascinating culture. The official languages ​​in Wales are English and the Celtic language Welsh.

If you are going to drive in the United Kingdom, you should meet the all legal requirements applied to a driver and to a vehicle. As to drivers, they must have valid driver license and insurance cover for the driven vehicle. It is a criminal offense to drive in England, Northern Ireland, Scotland, and Wales using a driver license that is not valid in the UK. If you drive using not valid driving permit, your car insurance will be voided and you will have another criminal offence, namely, driving without motor insurance. Thus, if you are going to travel to the United Kingdom, first of all, worry about your International Driver License (International Translation of Driver License). When you drive, you should have both your documents: a National Driving Permit and its International Translation. In the Great Britain and Northern Ireland, a foreign driver can drive for up to 12 months from the date of coming with his International Driver License.

In addition to having current valid International driving permit and insurance, each visitor should know the basic laws of driving in the UK:

A driver sits on the right hand side of the car and drives on the left hand side of the road.
A driver and all passengers must wear seat belts.
Baby seats and child restraints are mandatory.
It is not allowed to use cell phone while driving.
Driving under the influence of alcohol or drugs is not allowed.
The minimum driving age is 17 years old.
There are three main types of roads in UK: M (Motorway), A, and B roads.
“M” roads are the fast roads; they are like American highways (freeways).
“A” roads are the main routes between towns. They range from dual carriageways to one-lane roads.
“B” roads are secondary roads.
On signs, distances and speed limits are given in miles and miles per hour (mph). The National Speed limits are:
– Residential areas: 20mph (35 km/h);
– Villages and towns: 30mph (48 km/h);
– Single carriageways: 60 mph (96 km/h);
– Motorways and dual carriageways: 70 mph (112 km/h).

Cities and towns centers are armed with speed cameras. It is legal to use of a Speed Camera Detector for warnings mobile and fixed speed cameras.
That is legal to cross the road and park a car facing oncoming traffic. Double continuous yellow lines along the curb indicate “No parking at any time”. A single continuous yellow line indicates a parking restraction is at the definite hours of the day.
U-turn (or 3-point-turn) is allowed on any road where it can be done safely.
The rule for driving on the traffic roundabouts is “Always give way to traffic that is coming from the right”.
Once a pedestrian steps onto an intersection, driver must stop his vehicle and stays until the pedestrian has stepped back onto the sidewalk.
Safety helmets for drivers and passengers of motorcycles are required.
Emergency assistances can be reached by dialing 911.
A car gives a lot of freedom and help to explore sights. The interesting and picturesque places you can see driving in the countryside of the UK. Many country roads are wide only for one car; therefore, you should watch out for small areas where you can pull up to let an oncoming car pass you. Other drivers will also pull over to let you pass.

Foreign drivers should remember that there are many unmarked police cars on British roads; they perform random cars and drivers checks of vehicles and drivers.

Cardiff International Airport is 20 km west of the capital.

RentaCarBestPrice.com offers car rental in Wales in most major cities. Select destination in the search engine above and book a rental car in 3 easy steps.