Are you looking for affordable car hire in Vigo? Now a day’s it is very popular to rent a car, the majority choose to pick up a car at the airport. With car rental you and your family have the opportunity to take pleasant day trips in the areas surrounding and you will not be dependent on public transport. By comparing prices of car rental from several players, you can save a lot of money. If you prefer to retrieve the rental car in the city center, this is also possible. 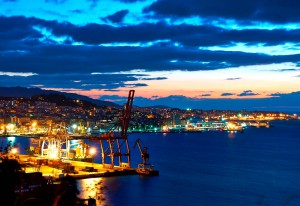 Vigo is a city and municipality located in the north-west of Spain, in the Spanish autonomous community of Galicia, and the ria, or the bay of the same name on the Atlantic Ocean. Vigo is the most populous city in Galicia, and the 14th in Spain. It is located in the south-west of Galicia, in the south of Vigo Bay. In the north-east it borders the municipality of Redondela, east of Mos, in the south with O Porriño and Gondomar, and in the south-west with Nigrán. On the other side of the bay, just in front of Vigo, the municipalities of Cangas and Moaña located. They are all part of the southern Galician region called Rias Baixas. Vigo metropolitan area is one of the key players in the region.


The city belongs to the province of Pontevedra and it is only 30 km to the river Miño which marks the border between Portugal’s northern border and Spain. Vigo has a very good harbor that is one of the most active.

The old town of Vigo has steep streets and called Casco Vello, while the newer district is characterized by wide streets and modern buildings. The old fortress Castillo del Castro was built in the 1600s and sits on a hill above the old town. In addition, there are several churches that have survived the centuries, the Iglesia de Santa Maria Castelo and Iglesia de Santiago de Bembrive both stretches back to the 1100s. Of museums you can visit a historical museum and an art museum. Just outside the city center you can find tempting beaches that draw more and more tourists in the summer.

Vigo-Peinador Airport is approximately 8 km from the city.