Rental Car Varazdin
RentaCarBestPrice.com compare prices from a number of car rental companies and find the best price on car rental. All prices on car hire in Varazdin include necessary insurance and unlimited mileage. 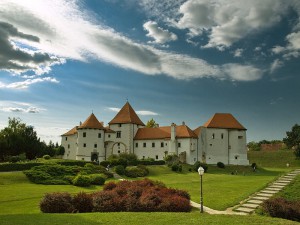 Varazdin is situated 80 kilometers north of Zagreb on the river Drava. 49,000 residents live in the town that lies in north of Croatia.

The town was granted city status in 1209, and was economic and military center in northern Croatia because of its exposed location on the expanding Ottoman Empire. The city grew around a fortress and was surrounded by a ring wall. Varazdin was the capital of Croatia under the Habsburg dynasty in 1756. Varazdin is rich in history and baroque buildings. A fortification from the 1300s is today City Museum. During the Yugoslav civil war in 1991, Varazdin is one of the first cities that were surrendered to the Croatian independence forces, without a fight. Old Town, which is mainly baroque style, is well preserved. Here are several churches, monasteries and palaces. Visitors can visit the fortress Stari grad who ia has an insect collection of more than ten thousand species, or Sermages Palace from 1750. Here is the old and new art.