Rental Car Vaasa
RentaCarBestPrice.com compare prices from a number of car rental companies and find the best price on car hire. Book with us and get necessary insurance and unlimited mileage included in the price. 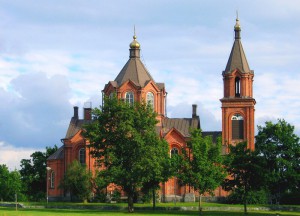 Vaasa is located at the west coast of Finland, the landscape Ostrobothnia (Finland: Ostrobothnia). The city has approximately 60,000 inhabitants, of which around 25% have Swedish as their mother tongue. In areas around the city is the relationship opposite: There is a Swedish majority language.

The city is named after the Swedish royal family Vasa, and was founded in 1606 by King Charles IX. The old center was inidlertid moved ca. 7 km following a major fire in 1852. Vaasa is a city where education is central. In addition to university finnews also several specialty schools here.

Vaasa and the surrounding area is rich in sights. Outside the city lies the special nature area quarks Skärgård, a UNESCO World Heritage Site. Mention must also quarks Naturcentrum Terra Nova, which is part of Österbottens Museum. Slightly outside Vaasa is also the astronomical observatory Söderfjärdens Meteoria, amid a 500 million years old meteorite crater.

Otherwise, Vaasa known as an exciting cultural city, which both have their own opera, and both Finnish and Swedish-language theater. And the amusement park Wasalandia is the obvious tourist destination if traveling with children.

Vaasa Airport, located 9 km southeast of the city, is a local airport with regular flights to Helsinki and Stockholm.