Rental Car Turku
RentaCarBestPrice.com compare prices from a number of car rental companies and find the best price on car hire. Book with us and get necessary insurance and unlimited mileage included in the price. 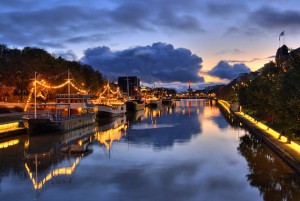 Turku is located in the southwestern corner of Finland, where the river Aura to flow into the Archipelago Sea – that is, the waters between the Gulf of Finland and Gulf of Bothnia. Archipelago Sea (Saaristomeri) is incidentally also the name of Finland’s largest archipelago, located here. Turku, which has about 180,000 inhabitants (2007), belongs to the landscape Southwest Finland (Varsinais Suomi).

Historically, Turku for long periods had a strong Swedish elements, but today 88% of residents are Finnish.

Turku, founded in the 1200s, is Finland’s oldest city – and was in the Middle Ages also the most important. Several preserved buildings documenting the city’s importance, including Turku Cathedral from the late 1200s (Finland’s national shrine) and Turku Castle, which was built in the 1280s.

Otherwise there are a number of cultural sights in Turku. Here, Turku / Turku Art Museum is named, which is housed in a monumental building in 1891 in neo-romantic style. Also crafts museum Luostarinmäki is a popular destination. In reality, we can speak about an entire town from the 1700s that has been preserved almost in its entirety. Two of the city’s special museums also have a large tourist influx Forums Marineum (a maritime museum, where such can experience the stately full-rigged Suomen Joutsen 1902) and Sibelius Museum (with a large instrument collection and ia surviving notes and manuscripts from Finland world-famous composer, Jean Sibelius).

Families choosing gladly an excursion to the small neighboring town of Naantali (Swedish: Naantali), 18 km west of Turku, since one where you will find the great adventure park Muumimaailma (Mumin’s World). It is based on Tove Jansson’s famous tales of Moomin.

Turku has a ferry connection with Mariehamn in Åland and Stockholm – and 8 km north of the city is the airport Turku Airport.