Rental Car Tallinn
RentaCarBestPrice.com compare prices from a number of car rental companies and find the best price on car hire. Book with us and get necessary insurance and unlimited mileage included in the price. 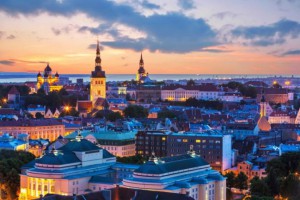 Tallinn is the capital of Estonia and is located far north of the country. The town’s port, which is the most important in the country, leading into the Gulf of Finland just south of Finland. It is about 80 km to Finland’s capital Helsinki. This is Estonia’s largest city and in 2010 the population estimated at over 405 000 Tallinn was called Reval until 1918 and was a market already in the 900s.

Throughout history the city has been subject to different dominions. The city is characterized by the Danes’ time from 1200, the Hanseatic League from the 1500s, the Swedes from the 1700s and the Russians from the 1800s. In the old town, which was listed on UNESCO’s world heritage list in 1997, there’s old city walls, towers and medieval churches. Here are Europe’s oldest pharmacy that was in operation in the 1400s. Tallinn offers good shopping areas, many museums including an open air museum about how people lived in the past, galleries, activity parks and concert halls.

Lennart Meri Tallinn Airport is an international airport and the largest in the country. The airport is approximately 4 km outside the city center.