Rental Car Sydney Airport
RentaCarBestPrice.com compare prices from a number of car rental companies and find the best price on car rental. All prices on car hire in Sydney Airport include necessary insurance and unlimited mileage. 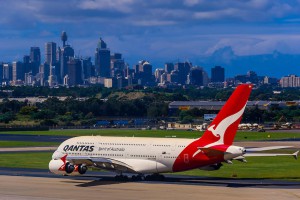 Sydney Airport (SYD), also known as Kingsford Smith Airport, located 8 km from Sydney district Mascot. The airport boasts of several international awards from both Condé Nast and Skytrax. There are good bus and a new rail connection between the airport and Sydney from leaving every ten minutes. Six different car hire companies available at the airport.

The airport is one of the oldest in the world with a history that stretches back to 1919. In 2008, over 32.9 million passengers pass through the airport. Airlines Qantas, Jetstar and Virgin Blue has its headquarters here. The airport has three terminals, the international is separated from the other two with a runway. The route between Sydney and Melbourne is the busiest in the world. The most popular international destinations are Auckland, Singapore and Hong Kong.

The airport has a very good selection of restaurants and shops. During 2010, the international terminal upgrade, especially going shopping facilities improved. There is wireless internet throughout the airport.