Rental Car Sweden
RentaCarBestPrice.com compare prices from a number of car rental companies and find the best price on car hire. Book with us and get necessary insurance and unlimited mileage included in the price.

Are you looking for affordable car hire in Sweden? Now a day’s it is very popular to rent a car, the majority choose to pick up a car at the airport. With car rental you and your family have the opportunity to take pleasant day trips in the areas surrounding and you will not be dependent on public transport. By comparing prices of car rental from several players, you can save a lot of money. If you prefer to retrieve the rental car in the city center, this is also possible.
The country offers great natural and cultural experiences. It is advisable to book your car rental well before departure, so you’re sure to get just the car that suits you, at the lowest price. In certain periods there may be high demand among rental companies, and the cheapest cars are usually taken first. 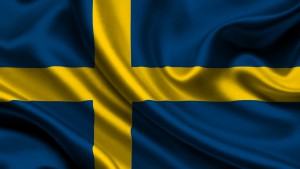 Sweden is located in Northern Europe – in the eastern part of the Scandinavian peninsula – and has 9 million inhabitants (2009). The country is bordered by Norway in the west, Finland in the northeast and to Denmark west – via the Oresund bridge.

Sweden has coastline on the Gulf of Bothnia, Bothnian Sea, Baltic Sea, Øresund and Kattegat. Several islands along the coast belong to Sweden – including Gotland and Oland, which are the two largest.

Sweden’s landscape consists of mountainous areas in the north, while in the rest of the country has largely flat landscape – with hills and lakes. Along the border with Norway in the west, however, the Scandinavian mountains (keel). The country’s highest peak is Kebnekaise – which measures 2111 m.

The capital Stockholm is situated on the east coast, and has 819,000 inhabitants (2009). Stockholm is the country’s political and economic center, and is built on 14 islands linked by 53 bridges.

Stockholm has many tourist attractions and sights, including Old Town “Gamla Stan” with the Stockholm Palace and Riddarholmen. Otherwise, the city has museums, art galleries, opera, theater, good shopping and a bustling nightlife.

If you want to see Swedish countryside, the best way to do that is driving. However, on countryside roads, drivers must be very careful since these roads don’t have fences against wild animals (deer and moose).

Legal blood-alcohol level is 0.02 %. Police has a right to ask any driver a breathalyzer test for no apparent reason.

Drivers must drive on the right side of the road and overtake on the left side.
Seat belts are mandatory for a driver and all passengers.
Children under 7 years old should be restrained in special child safety seats. It is illegal to use a back facing child safety seat in front of cars that have passenger side airbags.
Headlights must be on at all times while driving.
A warning triangle is obligatory.
Snow tires are required from 1 December to 31 March.
The minimum driving age is 18 years.
For driving legally in Sweden, any foreign driver needs to have a valid driving permit (and International driving permit if it is required), passport, car insurance certificate and registration.
Trams have priority. When a tram stops, drivers must yield to passengers crossing to the sidewalk.
Pedestrians have priority on a pedestrian crossing. Pedestrians are required to cross streets at a crossing only.
Most cities streets have both metered on-street parking and timed ticket machines from 8am to 6pm. Street parking usually takes place on the right side of the road.
Fire and third party liability insurance is mandatory.
While driving, a cell phone may be used only with a hand-free system.
There are no tolls in Sweden except the Öresund Bridge.
Many urban roads have lanes reserved for public transportation only.

A driver can use his valid driving permit from a non-European Economic Area state if the driver hasn’t been a resident of Sweden for more than one year and doesn’t hold the Swedish driving permit that has been suspended or revoked.
If a driver permit isn’t designed according to the Vienna United Nations Conventions on Road Traffic of 1968, and the driver permit isn’t written in English, German, or French, it is only valid in combination with the International driving permit or certified translation into English, German, French, Swedish, Danish, or Norwegian. The International driving permit and foreign driver license are legal for driving for one year, after that term a Swedish driving permit must be obtained.

If the driving permit doesn’t have a driver’s photograph, it is only valid together with an identification document with a photograph.

Hire Car in Sweden has never been cheaper than now. Prices listed in our search retrieved from several companies and gives our customers a guaranteed low price on car rental.