Rental Car Skanderborg
RentaCarBestPrice.com compare prices from a number of car rental companies and find the best price on car rental. All prices on car hire in Skanderborg include necessary insurance and unlimited mileage.

Are you looking for affordable car hire in Skanderborg? It is very popular to rent a car in Skanderborg, the majority choose to pick up a car at the airport. With car hire in Skanderborg you and your family have the opportunity to take pleasant day trips in the areas surrounding, and you will not be dependent on public transport. By comparing prices of car rental in Skanderborg from several players, you can save a lot of money. If you prefer to retrieve the rental car in the city center, this is also possible. 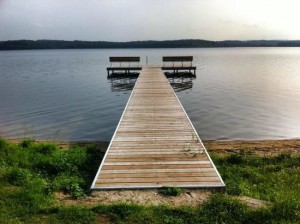 Skanderborg (14,000 inhabitants in 2009) is a small, cozy town with a beautiful location just off Skanderborg Lake in East Jutland, Denmark. Administratively belongs to the Region Midtjylland. The countryside around the city is hilly, and near are two of Denmark’s highest “mountain”: Ejer Bavnehøj (170 m) and yding skovhøj (172 m).

The city got the township in 1582, and had then emerged around the old Skanderborg Slot from the 1100s. Most of the castle are gone, but the preserved portion houses Skanderborg Slot Church, which with its round tower is the most important single attraction.

Otherwise, the city perhaps best known for Skanderborg Festival – or “Denmark’s prettiest Festival”, as it is also called. It has been held every summer since 1979, and is among the country’s most popular folk music festivals.