Rental Car Sarajevo
RentaCarBestPrice.com compare prices from a number of car rental companies and find the best price on car rental. All prices on car rentals in Sarajevo include necessary insurance and unlimited mileage. 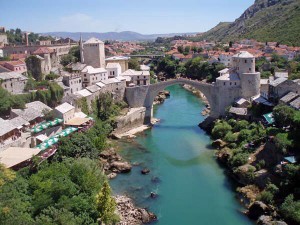 Sarajevo is an ancient city that was founded in the 1200s, and the city and the surrounding areas are known for their beautiful and lush scenery. The city is characterized by many religions, both Judaism, Christianity and Islam. Especially the Muslim architecture has colored cityscape with more than 100 mosques and a Turkish marketplace. The oldest and the first mosque was built in 1462 and called the Emperor’s Mosque in English. In the old city there are many historical sites as well as the city offers various museums, including the National Museum and Historical Museum.

The airport in Sarajevo is located about 6 km outside the city center and is called Sarajevo International Airport.