Rental Car Oxford
RentaCarBestPrice.com compare prices from a number of car rental companies and find the best price on car hire. Book with us and get necessary insurance and unlimited mileage included in the price. 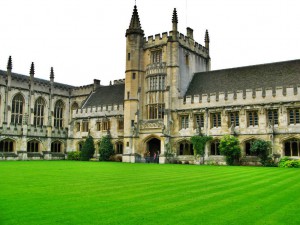 Oxford is a famous university town belonging to the county of Oxfordshire. The city is located centrally in the southern part of the country. There are nearly 100 km to the capital London located in the southeast, and the rivers Thames and Cherwell runs through town. In addition to being a university it is also a tourist and industrial city. Oxford grew up around a nunnery on the 700-century and today is the population of almost 155 000 (2008).

Oxford is a beautiful city, marked by old buildings such as churches and Gothic university buildings. University of Oxford is the oldest university in the English-speaking world and was founded in the 1200s. Oxford has many interesting museums and conferences are city tours, including ghost tour Bill Spectre’s Oxford Ghost Trail in the old town. The authors JRR Tolkien and CS Lewis were both from Oxford.

The nearest airport offering scheduled flights is London Heathrow which is about 70km from Oxford. This is the largest airport in the UK.