Rental Car Ostend
RentaCarBestPrice.com compare prices from a number of car rental companies and find the best price on car rental. All prices on car hire in Ostend include necessary insurance and unlimited mileage. 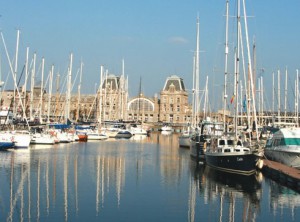 Ostend is a seaside town in Belgium with a population of nearly 70,000 in 2008. The city is located in the province of West Flanders which lies entirely west of the country. Ostend bordering the North Sea and there are ferry connections between Ostend and England. This is Belgium’s largest coastal city and the main fishing port in the country.

Ostend position on the coast has resulted in both advantages and disadvantages, including a good number of attacks from the seaside over the years. Today, this fishing town a beautiful sight with buildings mostly erected in the 1900s. In the harbor bobbing the floating museum Mecrator, the ship that was in use until 1960 and that year was converted into a museum. Many of the tourists who come to Ostend, visiting primarily the city because of the Casino of Ostend. The casino was built in 1953 and is one of Europe’s largest.

Ostend Airport is located in Ostend, about 4 km from the city center. The official name is Ostend-Bruges International Airport.