Rental Car Oberhausen
RentaCarBestPrice.com compare prices from a number of car rental companies and find the best price on car hire. Book with us and get necessary insurance and unlimited mileage included in the price. 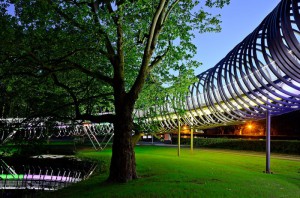 Oberhausen, which has around 220,000 inhabitants (2008), situated by the river Emscher entirely west of Germany – in the state of North Rhine-Westphalia. The city was officially in 1862 and is centrally located in Germany’s largest industrial area – Ruhrgebiet.

Oberhausen is ia known for its many museums – especially in the area of ​​industrial culture. The most famous is the Gasometer Oberhausen – a technically and astronomical museum is located in a former gas tank.

The city is named after Schloss Oberhausen, which was listed at the beginning of the 1800s on the ruins of a former medieval castle. The castle has since 1947 housed a thrilling art gallery, which increasingly has been expanded. In 1998 it was reopened after it gained a spectacular extension in glass – which is today known as Ludwig Galerie

Otherwise, many associate with Oberhausen, Germany’s largest shopping mall – Centro – which opened in 1996 in a former steel factory. Shop area is the entire 70,000 m2.

There are two international airports in Oberhausen Neighborhood: Dusseldorf Airport (22 km south of the city) and Cologne / Bonn Airport (46 km even further south).