Rental Car Nice
RentaCarBestPrice.com compare prices from a number of car rental companies and find the best price on car hire. Book with us and get necessary insurance and unlimited mileage included in the price. 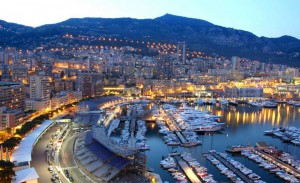 Nice is a town and French commune located in the department of Alpes-Maritimes, in the Provence-Alpes-Cote d’Azur.

It is one of the centers of the tourist region of the French Riviera or Riviera, near the Italian border (30km), being in foothills of the Alps, east of the river Var or Varo. Nice is located at 960 kilometers from Paris and 230 km from Marseille, the regional capital, Genoa 195 km and 215 km from Turin. It is the largest, extending from Hyeres to Menton city of the Riviera. Its resorts and beaches attract tourism with high purchasing power, as his walks, museums, nightlife and magnificent views of the Mediterranean constitute a claim for holiday visitors.

Nice, historic capital of the County of Nice, was linked to Italy until French invasion and annexation in the late nineteenth century. A part of the population retains the dialect of Nice, a variety of Ligurian language strongly influenced by Occitan 1860 after the city in areas near the Ligurian variants are spoken, including Monaco and Roya Valley. It is likely that in the Middle Ages the Ligurian language outside of the city.

In the Nice there live about 350,000 people, but the city is the center of a major urban area (incl. The neighboring towns of Antibes and Cannes) with a total population of nearly 1 million.

Like so many other cities on the Mediterranean, Nice was founded already in ancient times (approximately 350 years f.Kr) by the Greeks. Throughout history the city has been under changing regimes – and the Italian influence has been very strong – which still marked. First in 1860 was Nice definitely French.

The attractions of Nice are many. Most famous is probably the impressive seafront Promenade des Anglais, running parallel to the city’s long, popular beach. Otherwise you have the ruins of the old castle La Colline du Château and the Cathedral Notre Dame mentioned. Beyond that, the city is especially known for its vibrant and varied nightlife.

Rent a car in Nice has never been cheaper. Try our user-friendly search engine and book a car immediately. The prices quoted include all necessary insurance and unlimited mileage.

With car hire in Nice have the possibility to take pleasant day trips to nearby towns and areas. It is popular to drive to the famous city of Cannes, which is 33 km southwest of Nice. Cannes is famous for its annual film festival and glamorous, and the city is characterized by luxury hotels, designer shops, casinos and night clubs.

Antibes is also a great tourist destination, and this town is located 23 km southwest of Nice. Here one should leave with the Picasso Museum which is housed in the Château Grimaldi and yacht harbor – which is one of the largest on the Côte d’Azur.

If you rent a car in Nice, it may also be recommended to drive to the Principality of Monaco – which is only 20 km northeast of Nice. Monte Carlo casino and Opera House is a famous landmark here – in addition to the cathedral and princely palace.

The speed limit on French motorways is 130 km / h and on the road 90 km / h. In urban areas the speed limit is 50 km / h. In high season there may be heavy traffic on highways and coastal roads at the French Riviera, so calculating some extra time on the ride. It may also advised to book car rental with GPS in Nice, if one is not well known in the area.