Rental Car New Zealand
RentaCarBestPrice.com compare prices from a number of car rental companies and find the best price on car hire. Book with us and get necessary insurance and unlimited mileage included in the price. 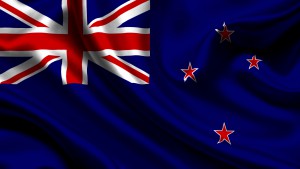 New Zealand is an island nation located in the southwestern Pacific Ocean, and has 4.2 million inhabitants (2009). The country consists of two main islands – the North Island and South Island, and several smaller islands. New Zealand is a geographically isolated country and the nearest “neighbor” is Australia, located 2000 km away.

New Zealand has a unique flora and fauna, as well as many national parks.

The country has a subtropical climate in the north, with long, hot summer and brief mild winter. The summer season lasts from November to April. In mountainous areas the climate is colder with freezing temperatures in winter. A more temperate climate found in the south.

The country’s capital, Wellington, is located at the southern tip of the North Island and has 385,600 inhabitants in the metropolitan area (2008). Wellington has many cultural and historic buildings – as well as museums, art galleries and annual festivals. The city is also known for its film and theater industries.

Wellington is the country’s 3rd largest city after Auckland (which is north of the North Island and has 1.2 million. In the metropolitan area) and Christchurch (which is the largest city in the South Island with 350,000 inhabitants.)

New Zealand has a good motorway system, but terrain, narrow secondary roads and bridges require vigilance from the drivers. The roads in towns and motorways are covered with asphalt which gives smoother surface. Some roads have gravel surface.
Although New Zealand is a relatively small country, you can drive between cities and other destinations for many hours. Even though a distance is short due to the hilliness, windings, and narrow roads, your journey must be very slow.

Driving under alcohol influence or drugs is a crime and punished by police.The permitted blood alcohol level is 0.08%.

The legal age for driving in New Zealand is 21 years.
Cars must be driven on the left side.
Drivers and passengers must always wear seat belts.

Children under five years must wear seat belts and secured in special children seats. Children from 5 to 7 years who is sitting in the front seat must be secured by a child restraint or seat belt. Children of 8 years and over must only sit in the front seat with a fitted seat belt, otherwise they must occupy the back seat.

You must not turn left if the traffic lights are red.
You have to park only in special places.
Drivers must not use hand-held mobile phones while driving. Writing, sending, or reading text messages with mobiles while driving are also illegal.

There are so many cameras which fix over-speeding. They are installed on poles besides the roads or as mobiles in the back sides of wagons. In the past it was easily to find out such device due to the back door was raised, however recently they have begun using tinted glasses and left doors closed.

You can legally drive in New Zealand for 12 months if you have your home driving license with its translation or International Driving Permit. After 12 months you are required to receive a New Zealand driver license.

The country’s largest and busiest airport is Auckland International Airport, located 20 km south of the city.