Rental Car Mulhouse
RentaCarBestPrice.com compare prices from a number of car rental companies and find the best price on car hire. Book with us and get necessary insurance and unlimited mileage included in the price. 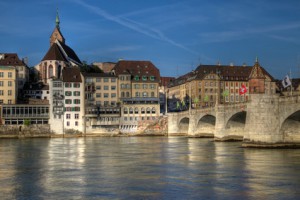 Mulhouse is a city in eastern France, near Germany. The city is the second largest town in Alsace after Strasbourg, located in the department of Haut-Rhin. About 235,000 inhabitants live in the town located at the Canal du Rhône au Rhin. 111,000 of them live in the city center. The city is a hub for rail and canal traffic.

In 1260 years, Mulhouse German national city, and from 1293 Free Imperial City. In 1515 joined the city to the Swiss Confederation, and the French from 1919. Large parts of the population are German speaking. Mulhouse is a typical industribil there marque Peugeot ia produced. Here are the zoological and botanical garden, historic museum, car museum and railroad museum. Not to forget the art museum which is located in one of the city’s most beautiful 1800 century buildings. In the Automobile Museum can car enthusiasts admire over 400 European car models from manufacturers such as Bugatti, Rolls Royce, Ferrari and Panhard. It is also marketed in Mulhouse.