Rental Car Mississauga
RentaCarBestPrice.com compare prices from a number of car rental companies and find the best price on car rental. All prices on car hire in Mississauga include necessary insurance and unlimited mileage. 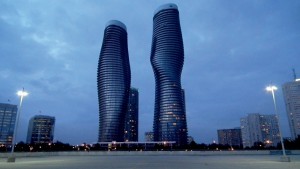 Mississauga has a port called Port Credit. This is a historic town with pleasant streets and buildings, and cozy restaurants, bars and cafés. Another historical attraction is the Benares Historic House from the early 1800s, and the city’s history is told at Bradley Museum. In addition, held the festivities for the whole family, such as the Waterfront Festival, Bread and Honey Festival and parade Santa Claus Parade at Christmas time. Square One Shopping Centre is one of Canada’s largest shopping centers, and Playdium is a game and activity center.

Toronto Pearson International Airport is the largest airport in the country is approximately 15 minutes outside of Mississauga.