Rental Car Mikkeli
RentaCarBestPrice.com compare prices from a number of car rental companies and find the best price on car hire. Book with us and get necessary insurance and unlimited mileage included in the price. 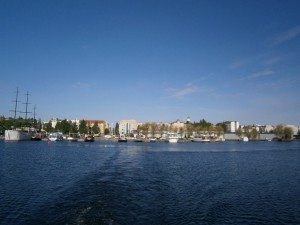 Mikkeli is located in the southeastern part of Finland, specifically the landscape Southern Savonia. The place is first mentioned in written sources in 1323 and named after the Archangel Michael. Mikkeli did not, however, city status until 1838. An arm of Finland’s largest lake, Saimaa, when in the Mikkeli – and here is the ferry traffic, inter alia, to Lappeenranta (Swedish: Lappeenranta) in the summer season.

Mikkeli is known for its active nightlife, and in the center there are numerous pubs, bars and nightclubs. Of attractions otherwise especially adventure park Visulahti mentioned – where you can also visit Finland’s oldest wax cabinet, and “Miniland” (miniature models of famous Finnish buildings).

Otherwise, there are several museums in Mikkeli (including a church museum, which is included in the city’s oldest building – a steinsakristi from the 1500s). Moreover, it is considered beautiful Mikkeli / St Michel cathedral (in neo-Gothic style from the last century) as one of the sights.