Rental Car Marseille
RentaCarBestPrice.com compare prices from a number of car rental companies and find the best price on car hire. Book with us and get necessary insurance and unlimited mileage included in the price. 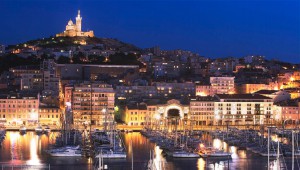 Marseille is a port city and commune in southern France, prefecture of the department of Var and the Provence-Alpes-Côte d’Azur.

Marseille is the second largest city in France with 859,543 inhabitants, main economic center and largest metropolis of the French Midi, gathering around 1.605 million people in the urban area of ​​Marseille-Aix-en-Provence. It is the most important commercial port of Provence, France and the Mediterranean, third largest in Europe after Rotterdam and Antwerp, important industrial activity center specializing in petrochemicals and oil refining, shipbuilding and diverse industries, it is also a knot of communications at the crossroads of routes between Paris, Italy, Switzerland and Spain. Marseille is home to an archbishopric and prime university founded in 1409.

Marseille was developed under the name Massalia as a trading colony founded by Phocians to the 600 sailors, keeping the oldest remains of viticulture in France introduced in the fourth century. Head of a viscount in the ninth century after dependent county of Provence, was incorporated into the French crown in 1481 and used for growth of this strategic alliance with the Ottoman Empire during the Renaissance and the Old Regime. After the Revolution which gave the name of Marseillaise, military march which later became one of the national symbols of France, the city was the scene of so-called White Terror and during the nineteenth century scenario of rapid progress with colonial expansion French to Algeria and the opening of the Suez Canal. It was partially destroyed during World War II and one of the objectives of Operation Dragoon. Rather than traditional step of migration flows that were increasingly multicultural character of the city, the economic crisis of 1970 caused a significant but declining population, loss of purchasing power and the accentuation of social conflicts in the last quarter of the twentieth century to be gradually recovering as one of the most important cities of the Euro-Mediterranean region.

The most famous sight in Marseille, the city’s landmark: The Basilica of Notre Dame de la Garde, situated on a hill near the harbor. There is no old church (built in 1880), but it is monumental – and also has a 11 meter high gilded statue of the Virgin Mary with baby Jesus on top.

A city like Marseille has otherwise obviously a number of different attractions to offer. Among the most popular is the Abbaye Saint-Victor (France’s oldest church, begun in the 400s), Musée des Dock Romains (remains of a harbor warehouse from Roman times) and the traditional fish market in the Vieux Port (old port).

Otherwise, many tourists also like to carry an excursion to the small island of If, which lies just outside the city. This is where the famous fortress Chateau d’If, famous among other things, from the story “The Count of Monte Christo.”

The international airport of Marseille called Aéroport Marseille Provence, and it is 27 km northwest of the city

At the parking lot of the airport area are dropped for a variety car players – including Inter Rent, Sixt, Enterprise, Hertz, Europcar, Budget, Avis and Firefly.

Marseille has motorway connections to several cities in France, also eastward to the French Riviera (A-8).

In high season there may be heavy traffic on highways and coastal roads at the French Riviera, so one should calculate some extra time on the ride. It may also advised to book car rental with GPS in Marseille, if you are not well known in the area.

With car hire in Marseille one can explore the area outside the city center, and take short or long journeys. There are many exciting excursions to choose from.

The beautiful city of Aix-en-Provence is 32 km north of Marseille, and has approximately 140,000 inhabitants. The city is known for its lively cafe life, and for its many beautiful turf and fountains. The famous painter Cézanne had for many years his studio in Aix-en-Provence, and it is popular for tourists to visit the studio, which today is converted into a museum.

Another tip with car rental in Marseille, is to run eastward along the Mediterranean coast to the Riviera (Côte d’Azur). Although it is 179 km to festival-city of Cannes, it’s manageable – and an excursion worth. And before you get that far, they have passed a number of charming small towns – located after another like pearls on a string.

Among these are Saint-Tropez one of the most popular. It has been a well-visited resort town with high celebrity factor since the mid 1900s and is famous for its beautiful beaches. Saint-Tropez is located 134 km east of Marseille, and has approximately 6,000 inhabitants. Here you will find luxury shops and exclusive restaurants. The city’s sights include fortress from the 1600s (which is situated at an altitude), the port, the Art Museum “Musée de l’Annonciade” as well as the Maritime Museum.

The amusement park Azur Park is located 7 km west of downtown, and is an attraction for the whole family.