Rental Car Malaysia
RentaCarBestPrice.com compare prices from a number of car rental companies and find the best price on car hire. Book with us and get necessary insurance and unlimited mileage included in the price. 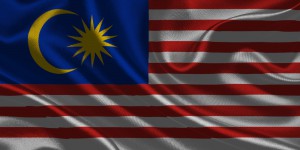 Malaysia (28 million inhabitants in 2009) is located in Southeast Asia, consisting of 13 states and 3 federal territories. Most of them are located on the Malay Peninsula (Malay Peninsula) – while two states and a federal territory located on the island of Borneo. Malaysia bordering Thailand in the north and the island state of Singapore in the south. On Borneo bordering Malaysia to Brunei and Indonesia.

The landscape in Malaysia comprises tropical rainforest, swamps and coastal plains – which is rising against the hills and mountains. Highest peak is Mount Kinabulu, located 4095 m – On the island of Borneo. The country has coastline facing the South China Sea. Malaysia is located near the equator and has a tropical climate with high temperatures all year round.

The country has numerous tourist and seaside resorts – with inviting sandy beaches, crystal clear water and the best diving opportunities.

The capital Kuala Lumpur is located northwest of the mainland, and has 1.8 million inhabitants. Kuala Lumpur is also the country’s largest city, as well as the economic and cultural center. The cityscape is characterized by a multicultural society – with minarets, church towers, Chinese pagodas and Indian temples. The city also has large skyscrapers, and the world’s tallest building – the Petronas Towers – is also located here. The building consists of two towers measuring 452 meters.

Malaysia has a good road system, one of the best in Southeast Asia. Emergency phones are located along the roads every two kilometers. Along with state or federal roads, there are toll roads. Drivers can pay by cash cards or ‘touch-n-go’ cards; both can be bought at toll kiosks on highways. In large cities, there are many cars and motorcycles on the road since driving in Malaysia is popular.

Drinking and driving is illegal; breathalyzer tests are common by the police. The permitted blood alcohol level is 0.08%.

Traffic moves on the left side of the road; most cars are right-hand drive.
Turning left at a red light is prohibited if it is not other marks.
Seatbelts are obligatory for drivers and all passengers.

Children under 4 years old must sit in the back; all children should use a child seats.
The minimum driving age is 18 years.

While driving, using cell phone without hand-free support is illegal.
All times while driving, any foreign driver must care his domestic driver license, International driving permit, registration and insurance documents.

Most road signs are on Malay language; English is only used for important directional signs such as airports and tourist attractions. European numbers are used on the signs. European ISO system is used for advice, directional, obligatory, prohibitory, and regulatory signs; hazard signs are yellow diamonds with black symbols.

Prior to turning, drivers must use their turn indicators.
In cities, it is not easy to find a place for parking.
The police and ambulance number is 999.

This is a list of airports in Malaysia in alphabetical order. Click on an airport to get more information and map of live air traffic.