Best prices on car hire in Lucena in Spain. We compare prices from Spain’s leading rental companies. Our prices on car hire always includes unlimited mileage, and all necessary taxes and insurances. Use the search engine below to find car rental in Lucena. 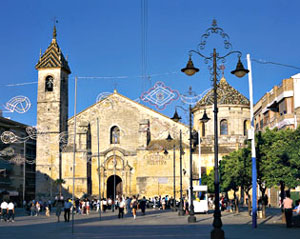 Lucena is a city in southern Spain, in the province of Cordoba, in Andalusia, 60 km southeast of Córdoba, 85 km north of Málaga, 140 km east of Sevilla, 105 km west of Granada and 90 km southwest of Jaén. It is the second largest city in the province after the provincial capital (also called Cordoba). People from Lucena called “Lucentino.” Town was originally known as Eliossana, from the Hebrew אלי הושענא Eli hoshanna: “May God protect us”. Muslims called it اليشانة Al-Yussana.