Rental Car Liverpool
RentaCarBestPrice.com compare prices from a number of car rental companies and find the best price on car hire. Book with us and get necessary insurance and unlimited mileage included in the price. 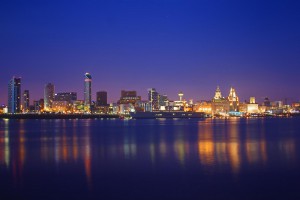 Liverpool is one of the country’s largest cities and is located on the west coast of northern England. The town lies just north of the border with Wales, in the county called Lancashire.

The location is central, just off the mouth of the River Mersey on the Irish Sea and was long the UK’s largest harbor, but lost the competition in the 1960s. The population in 2008 was measured at almost 470,000.

Liverpool has much to offer, both ancient and modern. The first time the town is mentioned in 1191 and especially the port is one big museum. Buildings that Cunard, the Port of Liverpool and St. George’s Hall should pay a visit to understand a little about Liverpool’s history and unique architecture. The members of The Beatles were from Liverpool and here you can experience several round trips as Beatles Magical Mystery Tour in addition to the museum The Beatles Story.

Liverpool John Lennon Airport is approximately 12 km outside the city center and is named after the Beatle and peace activist who was shot and killed in 1980.