Rental Car Linz
RentaCarBestPrice.com compare prices from a number of car rental companies and find the best price on car rental. All prices on car hire in Linz include necessary insurance and unlimited mileage. 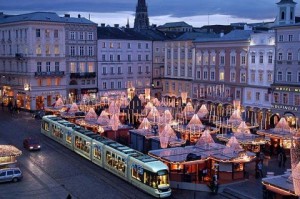 Linz is Austria’s third largest city and the population understand the city limits in 2009 was measured at almost 190 000. Including the surrounding areas is the population of over 270 000 (2009). The city is near the Czech border in the north and is the capital of the Austrian state of Upper Austria. Europe’s second longest river Danube flows through Linz.

Linz is a mixture of modern and old, which means that the city is very diverse and interesting. Ars Electronica Center is frequently visited because of activities and exhibitions that deal with everything from the earth’s population to “RoboLab”. One of the festivals in Linz’s Brass Festival Linz which is held every other year and is a festival for and with brass bands. The historic site is always visible because of old buildings such as Martin’s Church from the 700-century city hall from the 1600s.

The official name of the airport is Linz Blue Danube Airport, and it is possible to fly both domestically and abroad. The airport is about 13 km outside the city.