Rental Car Le Mans
RentaCarBestPrice.com compare prices from a number of car rental companies and find the best price on car hire. Book with us and get necessary insurance and unlimited mileage included in the price. 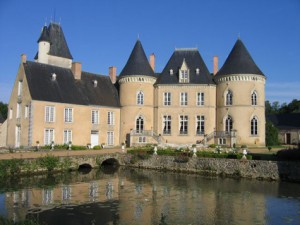 Le Mans is a town in central France, 200 kilometers southwest of Paris. Le Mans is located in the district of Pays de la Loire Sarthe where the rivers and tributary Huisne meet. The city is the capital of the Ministry Sarthe. The population of the city center is at 144,000, 193,000 with the suburbs. Le Mans is an important railway and street junction.

Le Mans was an important trading both in Roman times and the Middle Ages. The town is of Celtic origin and called on Roman times Vindinum. The city is perhaps best known for race track located just outside Le Mans. Here a 24-hour been held since 1923, and there is also a car museum on the pitch. In the old town is St. Julien Cathedral from 1000-1200’s, which is one of France’s largest cathedrals. In the old town is also the great palace, palais de Comtes du Maine and ruins of a Roman bath from the 300s.

The nearest airport is Paris Charles de Gaulle 207 kilometers from Le Mans. It goes TGV from the airport to Le Mans.